The group posted on Twitter an image of Chansung, who got a buzz cut before entering boot camp, with three other members -- Jun. K, Nichkhun and Taecyeon -- bidding farewell.

He is the last member of the six-piece group joining the military, with Jun. K, Wooyoung and Junho on active service. Taecyeon was discharged last month, while Thai Nichkhun was exempted from compulsory military service in his homeland in 2009.

After debuting in 2006 as an actor on the popular sitcom "Unstoppable High Kick," Chansung started his singing career with 2PM in 2008. He played a supporting role in hit TV dramas "Queen for Seven Days" in 2017 and "What's Wrong with Secretary Kim" last year. 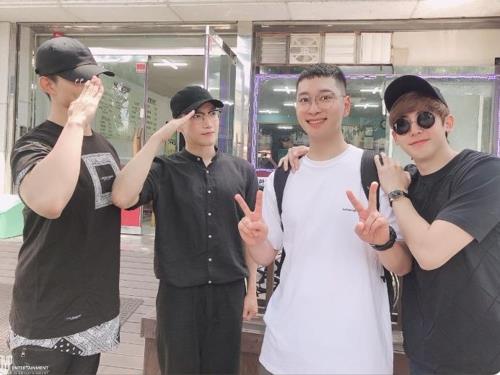