SEOUL, June 11 (Yonhap) -- A North Korean fishing boat was found adrift in South Korean waters off the East Coast on Tuesday and was sent back to its country on humanitarian grounds, Seoul's Joint Chiefs of Staff (JCS) said.

The boat carrying six crewmen was spotted by a South Korean naval vessel in waters some 5 kilometers south of the Northern Limit Line (NLL) in the East Sea, or some 161 km northeast of the country's eastern port city of Sokcho, at around 1:15 p.m. due to an engine problem, according to the JCS.

As all the crew members aboard expressed their intention of returning home and North Korea asked for their rescue and repatriation via the inter-Korean military communication line, the South Korean military towed the ship and sent it and crewmen back to the North at around 7:08 p.m., the JCS added.

The NLL is the de facto maritime border between the two Koreas.

"It is the first case in which a South Korean naval vessel towed a North Korean ship and handed it over to the North at the NLL," the JCS said in a release, adding that the measure was taken on humanitarian grounds and in accordance with the spirit of the inter-Korean military agreement signed last year.

The comprehensive military agreement clinched during the third summit between South Korean President Moon Jae-in and North Korean leader Kim Jong-un in September 2018 calls for a series of trust-building and arms control measures under a broader scheme to halt all hostile acts against each other. 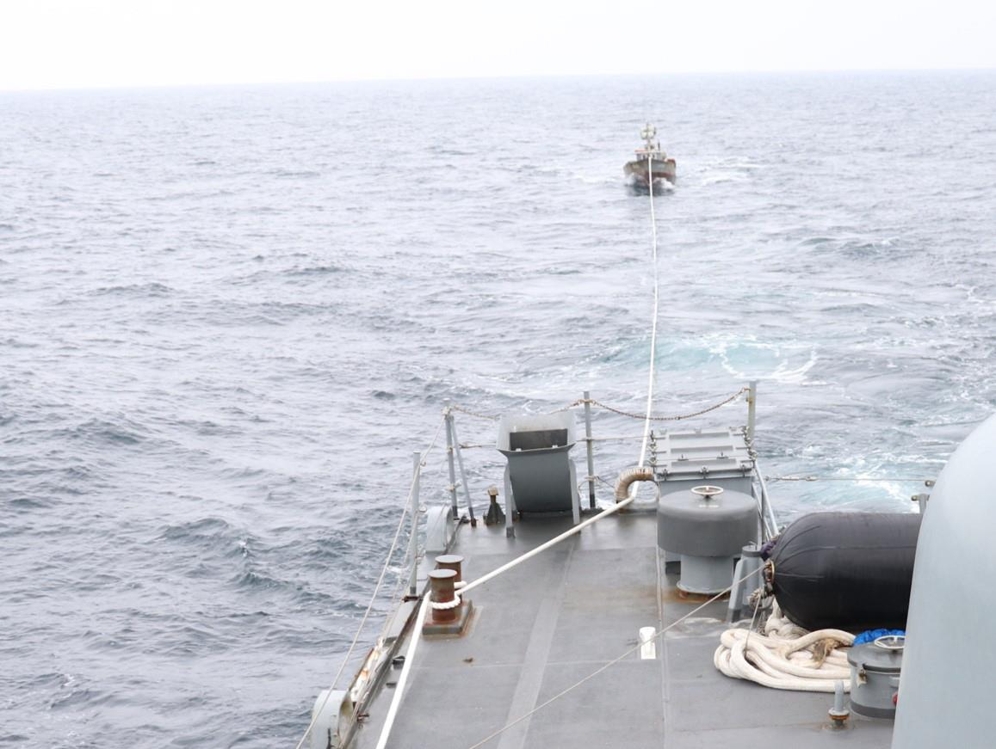