SEOUL, June 11 (Yonhap) -- A former All-Star pitcher convicted of illegal gambling has been cleared to return to action.

The Korea Baseball Organization (KBO) said Tuesday it has approved right-hander An Ji-man's application to resume his career. His one-year suspension following his gambling conviction ended on May 23, and the KBO said An filed for reinstatement on May 31.

An was indicted in the fall of 2016 for allegedly financing an illegal gambling website. He received a six-month jail term, suspended for two years, in 2018. During the investigation, An's team, Samsung Lions, terminated his contract. The KBO then handed down a one-year suspension.

It's not clear which team, if any, would be interested in signing the 35-year-old free agent who last pitched in 2016. 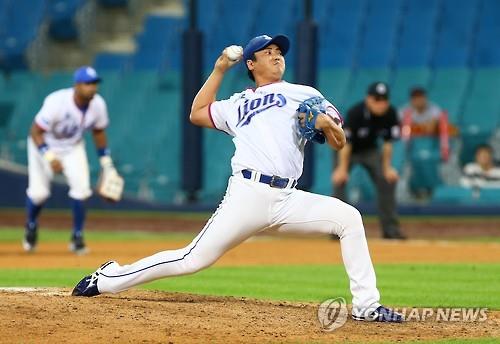