SEOUL, June 11 (Yonhap) -- South Korea played Iran to a 1-1 draw in an entertaining men's football friendly on Tuesday, as their winless skid against the Middle East power reached six matches.

Hwang Ui-jo opened the scoring in the 57th minute at Seoul World Cup Stadium, but Kim Young-gwon's own goal five minutes later evened the score. South Korea do not have a win against Iran in the past half-dozen meetings, with two draws and four defeats. Hwang's goal was South Korea's first versus Iran in that span. 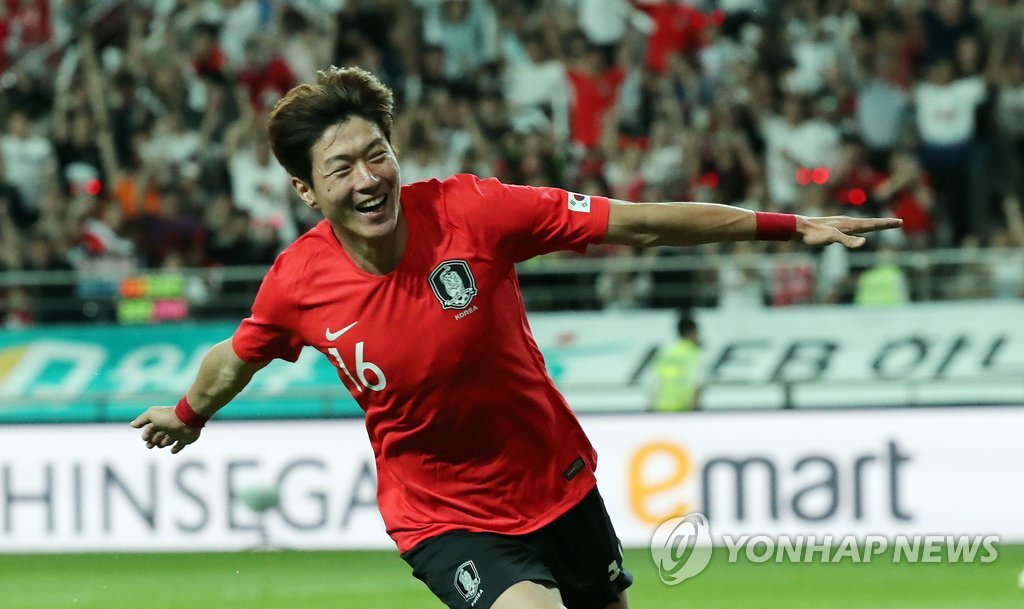 "It's a bit disappointing to get the draw after we got the first goal," Hwang said. "We were all determined to beat Iran this time. But we still played a pretty good match, and we should be even better the next time."

Head coach Paulo Bento deployed a 4-1-3-2 formation, after his back-three scheme in the 1-0 win over Australia yielded some uninspired play. And Tuesday's setup, with Hwang and Son Heung-min backed up by three playmaking midfielders, helped South Korea put pressure on Iran from the get-go.

The entertaining first half featured quality chances at both ends, with the teams doing everything but scoring.

South Korea's first opportunity came in the 15th minute, when Kim Young-gwon nearly powered home a Son Heung-min corner and Alireza Beiranvand made a spectacular save.

Iran pushed back three minutes later, with Mehdi Taremi testing Jo Hyeon-woo in the South Korean net with a low shot from just outside the box.

In the 20th, Mehdi Torabi launched a well-struck shot from the left edge of the box and just missed the far corner.

Beiranvand came up huge again in the 22nd, denying Hwang Ui-jo from point-blank range after the South Korean forward snuck behind the defense for an open look.

Then it was all Iran over the next 15 or so minutes, and it was Jo's turn to rise to the occasion. He stoned Alireza Jahanbakhsh in the 25th and again in the 33rd on midrange shots. Karim Ansarifard then found some cracks through the defense but was unable to beat Jo on two opportunities, first on a redirection of an Ehsan Hajsafi cross in the 35th and on a shot from the center of the box two minutes later.

South Korean captain Son Heung-min, looking rejuvenated after a lethargic showing against Australia last Friday, fired one with his left foot in the 41st, forcing Beiranvand to make another fine stop. 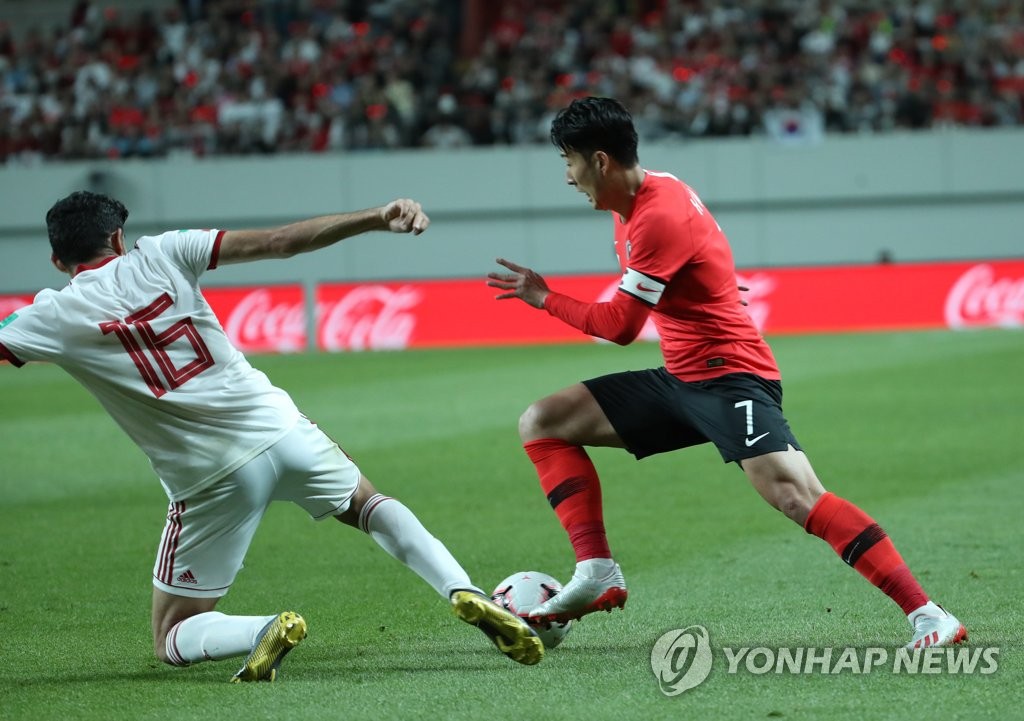 South Korea came within inches of getting on the board in the 44th. Na Sang-ho's volley off a Lee Yong pass hit the bottom of the crossbar and dropped just in front of the goal line.

That same crossbar saved a goal for South Korea, with Iranian substitute Ahmad Noorollahi getting denied by the woodwork in the 55th minute.

South Korea finally solved Beiranvand in the 57th minute. Two Iran defenders, Milad Mohammadi and Morteza Pouraliganji, got tangled up in their zone while trying to clear away a long cross, and Hwang Ui-jo pounced on the loose ball and chipped it over the charging goalkeeper for a 1-0 lead.

It only lasted five minutes, as Ramin Rezaeian's corner went off the leg of defender Kim Young-gwon and past Jo into the net.

The unlucky bounce took the wind out of South Korean sails, as they didn't come close to scoring until Son took last shot on Beiranvand during stoppage time. 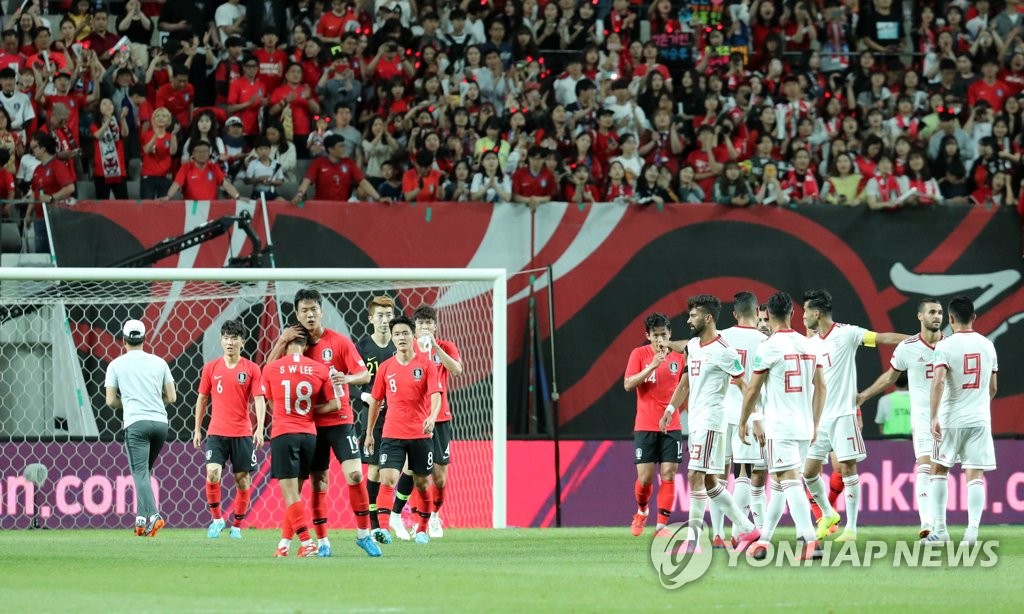