He is the first South Korean president to pay a state visit to Norway.

During his three-day stay to last through Thursday afternoon, Moon plans to focus on boosting bilateral ties in new energy, maritime affairs and the Arctic, as the two sides commemorate the 60th anniversary this year of establishing diplomatic relations. 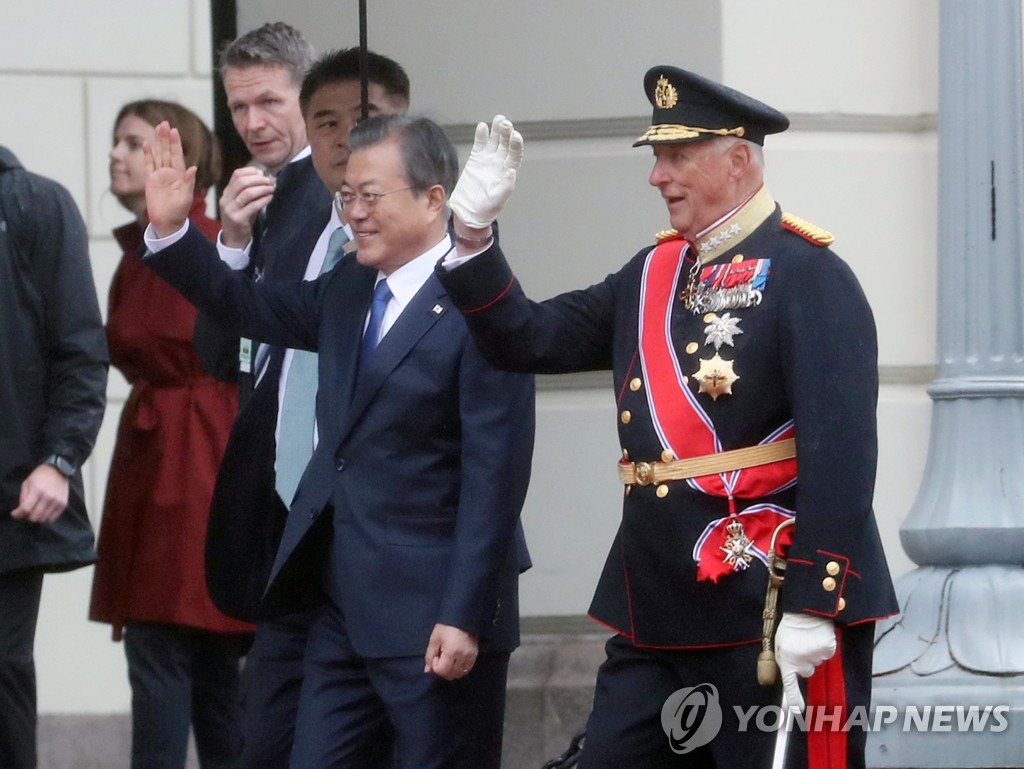 Moon and first lady Kim Jung-sook then laid a wreath at a monument for World War II victims and another one to mark Norway's participation in the Korean War at Akershus Fortress.

The Nordic nation sent a 623-member medical support team to Korea during the 1950-53 conflict. Operating the Norwegian field hospital known as NORMASH, it offered treatment for more than 90,000 soldiers and civilians. 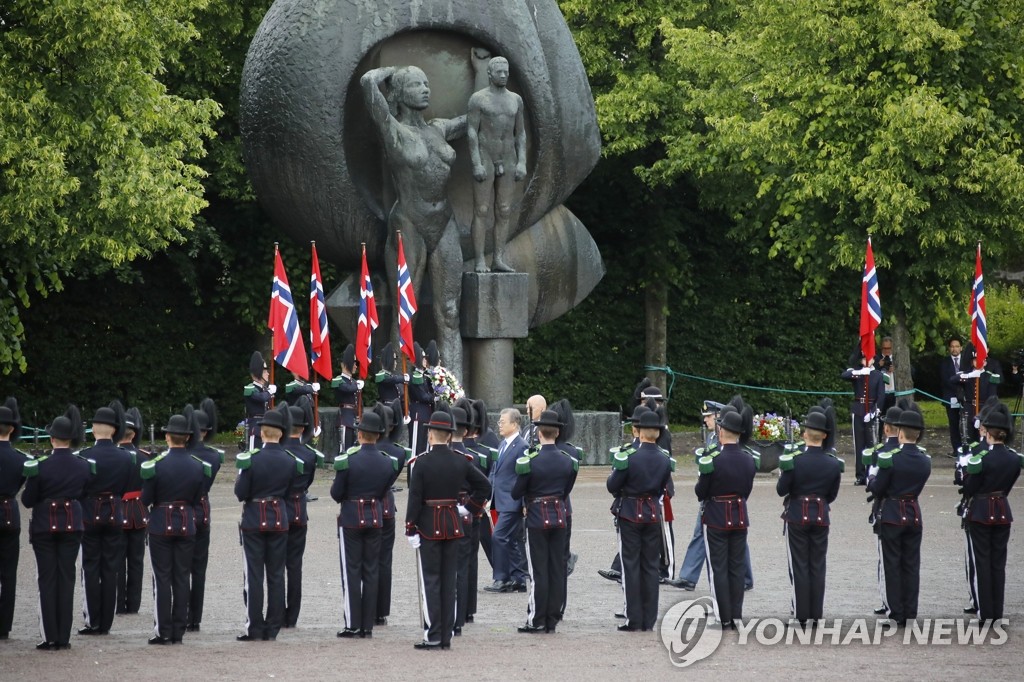 Moon is also scheduled to deliver a keynote speech at the University of Oslo later in the day.

In the speech titled "Peace for the People," he is expected to review the current security situations in Korea and talk about his long-term peace vision.

Many South Koreans remember Oslo as the venue for late President Kim Dae-jung's Nobel lecture in 2000.

The following day, Moon will have a summit with Prime Minister Erna Solberg, an opportunity to secure the Nordic nation's firmer support for the Korea peace process.

Also to be discussed are hydrogen energy use and cooperation in eco-friendly shipbuilding and maritime affairs.

Norway is a global shipping power and a major importer of South Korea-made vessels.

(LEAD) Moon on state visit to Norway with peace message

(LEAD) Moon on state visit to Norway with peace message