(ATTN: UPDATES throughout with more remarks by Trump, background)

Trump told reporters at the White House that he received the letter on Monday, the first such correspondence since the two men's summit in Vietnam in February ended without a deal.

"I just received a beautiful letter from Kim Jong-un," Trump said. "It was a very personal, very warm, very nice letter. I appreciate it." 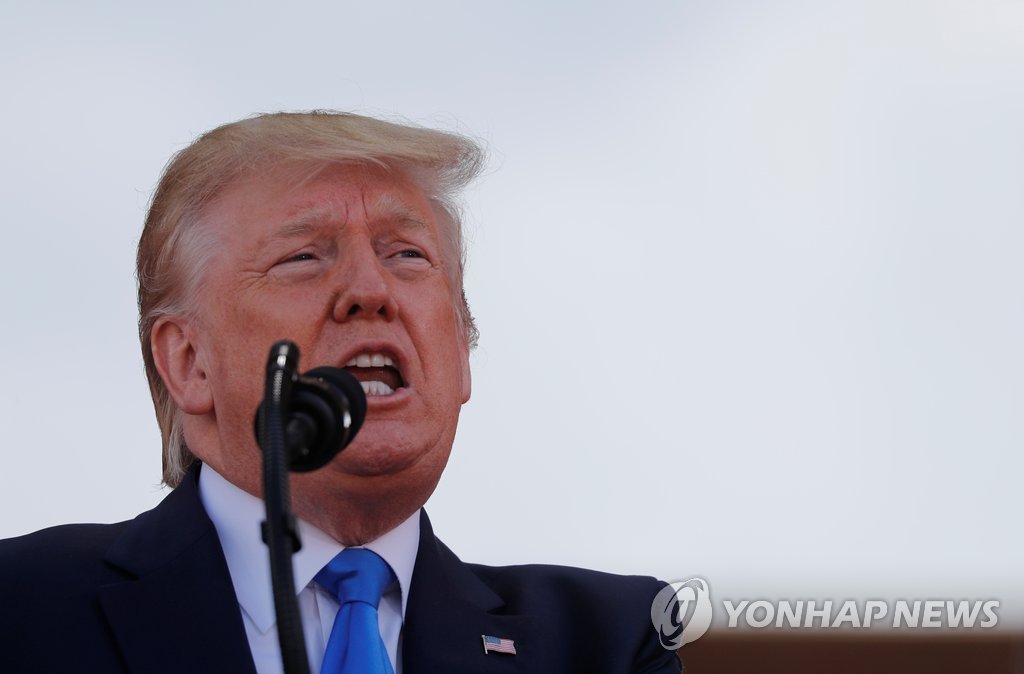 He did not disclose the contents of the message but added that he thinks North Korea has "tremendous potential" under Kim's leadership.

"We have a very good relationship together," he said.

Wednesday will mark one year since the two leaders held an historic first summit between the two countries in Singapore and agreed to work toward complete denuclearization of the Korean Peninsula in exchange for security guarantees for Pyongyang.

The second summit in February collapsed due to differences over the scope of North Korea's denuclearization and sanctions relief from the U.S.

In May, North Korea launched short-range missiles in apparent protest over the impasse but Trump played them down as a possible attempt to "get attention."