LUBLIN, Poland, June 11 (Yonhap) -- South Korea reached the championship final of the FIFA U-20 World Cup in Poland on Tuesday with a 1-0 victory over Ecuador.

Choi Jun's goal in the 39th minute stood as the winner for South Korea at Lublin Stadium in Lublin, as the young Taeguk Warriors are moving on to the final of the premier youth competition for the first time.

South Korea will take on Ukraine in the final at Lodz Stadium in Lodz. The kickoff is 6 p.m. Saturday local time, and 1 a.m. Sunday in South Korea.

It will be South Korea's first final at a men's FIFA tournament. The country's only championship at a FIFA tournament came at the 2010 U-17 Women's World Cup.

"It's such an honor to be playing in our country's first final," Choi said. "Our goal from the start of the training camp was to win the title. Everyone, all the way from starters to the reserves, came together as one team. That's how we've been able to come this far, and we're not done yet." 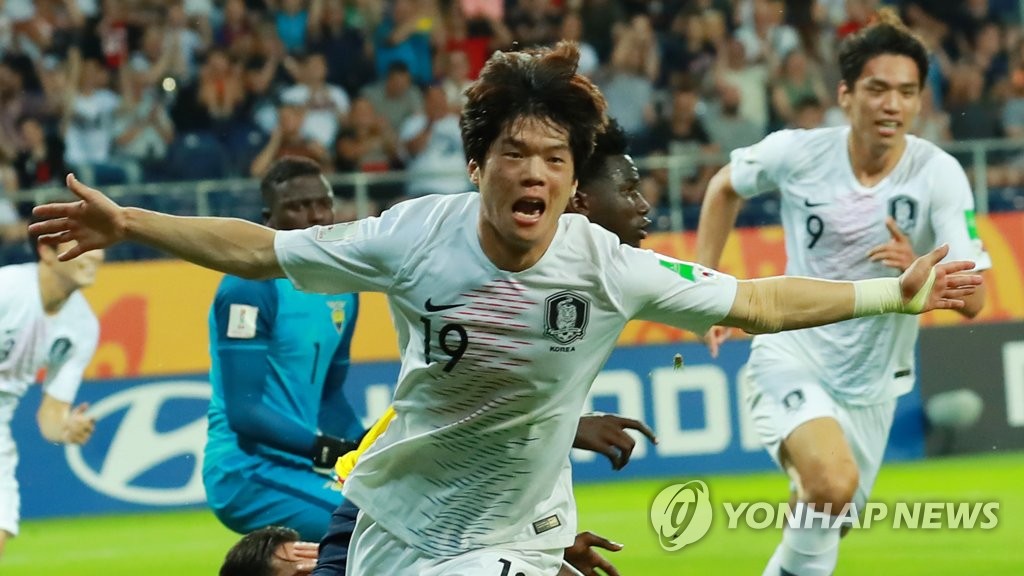 South Korea have never finished higher than fourth at this biennial tournament. They reached the semifinals in Mexico in 1983, where they lost to Brazil in the semis and then to Poland in the third-place match to settle for fourth.

This was South Korea's first appearance beyond the quarterfinals since.

After losing to Portugal 1-0 to open the group stage on May 25, South Korea have reeled off five consecutive victories.

South Korea spent some time deep in the offensive zone early, with nothing to show for their presence there. Ecuador had a couple of decent looks at the other end, with Jose Cifuentes's shot deflecting off a defender's body and bouncing wide left in the 24th and Leonardo Campana's attempt on a fast break hitting the top of the netting 14 minutes later.

South Korea broke the deadlock in the 39th minute thanks to a piece of heads-up play by Lee Kang-in that caught the defense napping.

Before the defense could get set up, Lee took a quick peek at wide-open Choi on the left wing and rolled a perfect through ball. It sent Ecuadorian players scrambling and Choi calmly chipped it into the far corner past goalkeeper Moises Ramirez. 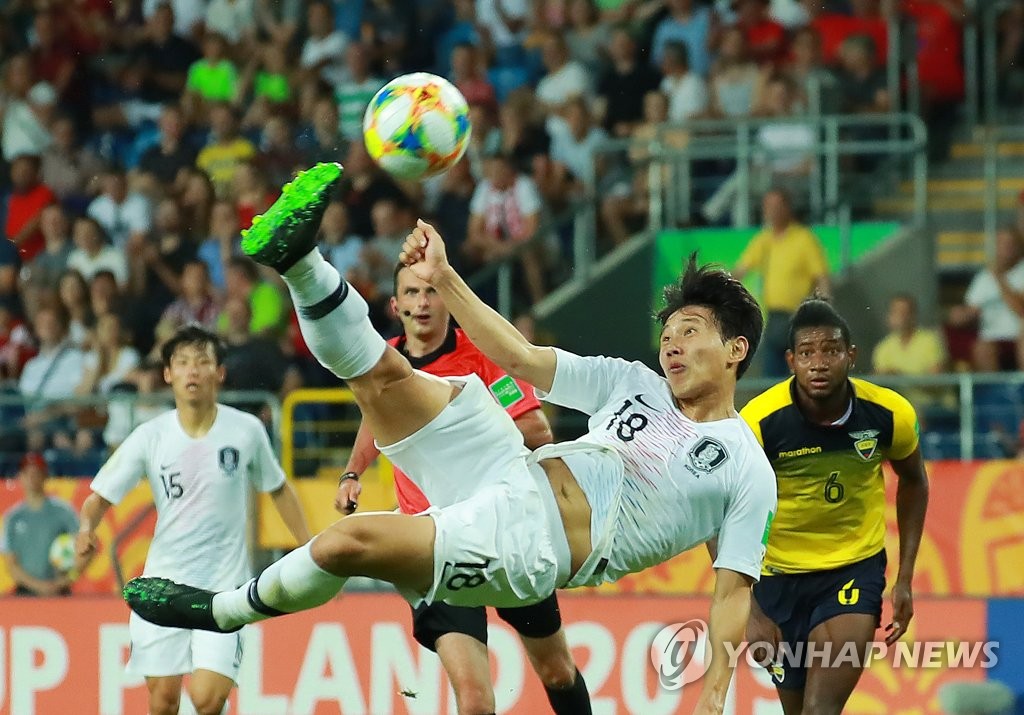 South Korea weathered the storm in the early minutes of the second half, with Ecuador pushing hard for an equalizer. Once Ecuador lost some steam, South Korea pushed back with some chances of their own, highlighted by Go Jae-hyeon's attempt that just missed the top right corner in the 62nd minute.

Goalkeeper Lee Gwang-yeon came up with some big saves at the other end, none bigger than the stop on Diego Palacios's hard volley from the left side in the 71st minute.

A couple of South Korean subs threatened to double the lead. First, it was Cho Young-wook firing a hard shot at Ramirez in the 73rd minute. In the 86th, Um Won-sang put one past the goalkeeper on a counterattack chance but it was erased on an offside ruling.

Lee made a match-saving stop during stoppage time to deny Alexander Alvardo on a header, moments after Ecuador got a goal called back on offside. South Korea bent a bit near the end but never broke, as they held on for the nail-biting, history-making victory.

South Korea coach Chung Jung-yong said he never lost faith in his players' ability to rise to the occasion.

"After we got the goal in the first half, we wanted to protect the lead and seek counterattack chances in the second half," Chung said. "I was confident the players would be able to hold on. I wasn't nervous at all." 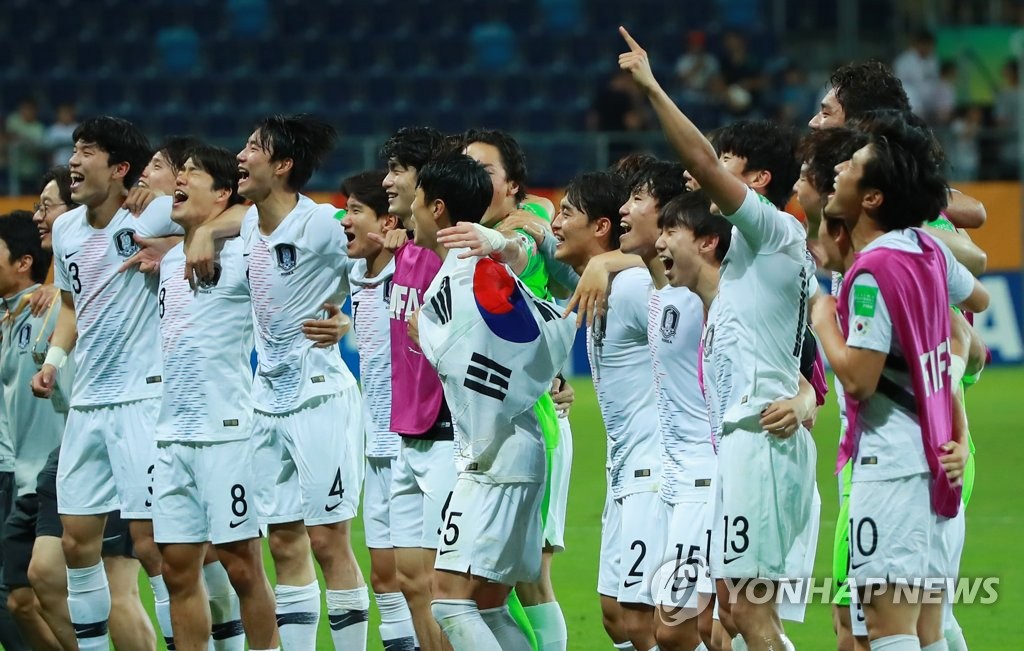