South Korea's Cinderella run at the FIFA U-20 World Cup in Poland will extend all the way to the championship final, after their 1-0 victory over Ecuador in Tuesday's semifinals.

Wing back Choi Jun played the unlikely hero, scoring his first goal of the tournament to send the young Taeguk Warriors to the ultimate stage.

Before the tournament, when South Korean players talked confidently about making the final four, their bravado was mostly dismissed as a product of the players' youthful exuberance. If nothing else, you had to give them credit for having confidence.

The players didn't help themselves by dropping the first group match against Portugal 1-0 on May 25. But they've been a completely different team since, reeling off five consecutive victories to reach the final for the first time. They will take on Ukraine on Saturday. 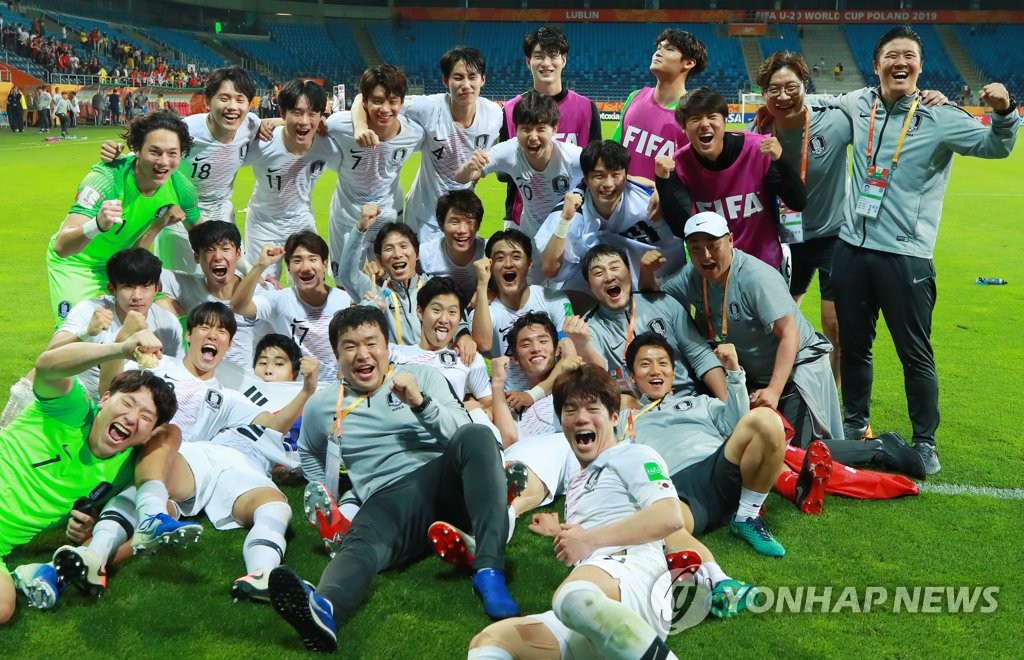 South Korea have never won a FIFA men's tournament before, or even reached the final. The 2010 U-17 Women's World Cup title remains the country's only FIFA championship.

Coached by Chung Jung-yong, this South Korean team has a chance to make a piece of their own history.

Chung has proven to be quite the tactician and he's not been afraid to make significant adjustments not just from match to match, but from one half to the next.

And the players have bought into whatever Chung has been preaching, and their execution has been nearly perfect.

The turning point may have come during halftime against South Africa in the second group match. It was a scoreless contest at the time, and South Korea desperately needed a win to give themselves a chance to advance to the knockout stage. But they displayed little urgency in the opening 45 minutes, prompting Chung to give them a wake-up call during a pep talk.

His message to the players was straightforward: After all that hard work, would you want to go home after just three matches here? 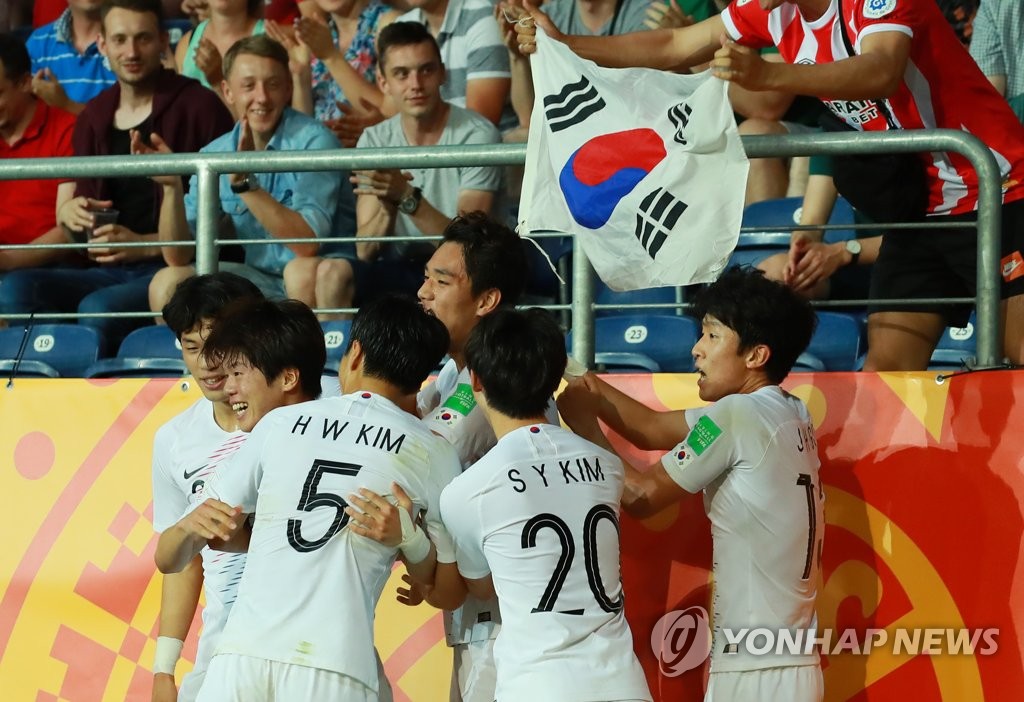 The players responded with a 1-0 victory in that match, and they haven't lost since.

Though this has mostly been a team effort, two players stick out for their individual excellence.

The team's offense often begins with Lee Kang-in, the playmaking midfielder who's scored once and set up four others so far. He was asked to shoulder some defensive responsibilities on top of his offensive duties against Portugal, but sensing that Lee was ineffective in the role, Chung unleashed him to a decidedly more offensive role starting in the second match. And Lee has been putting on a show since, with his picture-perfect passes drawing oohs and aahs from the crowd and striking fear into opposing defenders.

The youngest South Korean here at 18, Lee has also been the resident clown and cheerleader on the team. He said he likes to pull practical jokes on older teammates to lighten the mood during team meals, and he thinks it has brought the team closer.

"It's been a long journey in Poland so far, and I'd like to thank everyone for playing so hard until the final whistle today," Lee said. "We've been building for this moment over the past two years under a great coaching staff. We all felt we could pull this off if we could keep our focus and play with urgency."

Lee was pulled in the 73rd minute as Chung tried to lock down the defensive end. The youngster looked a little gassed, and he said he didn't protest when he was taken out.

"I am sure the coach thought it would help the team if I left the match. And I'll do whatever the coach tells me to do, as long as it can help the team," Lee said. "I'll try to recover as quickly as I can."

Lee said the final will be a "historic" occasion for the team and its fans alike and added, "It'd be great to get the victory on such a momentous day." 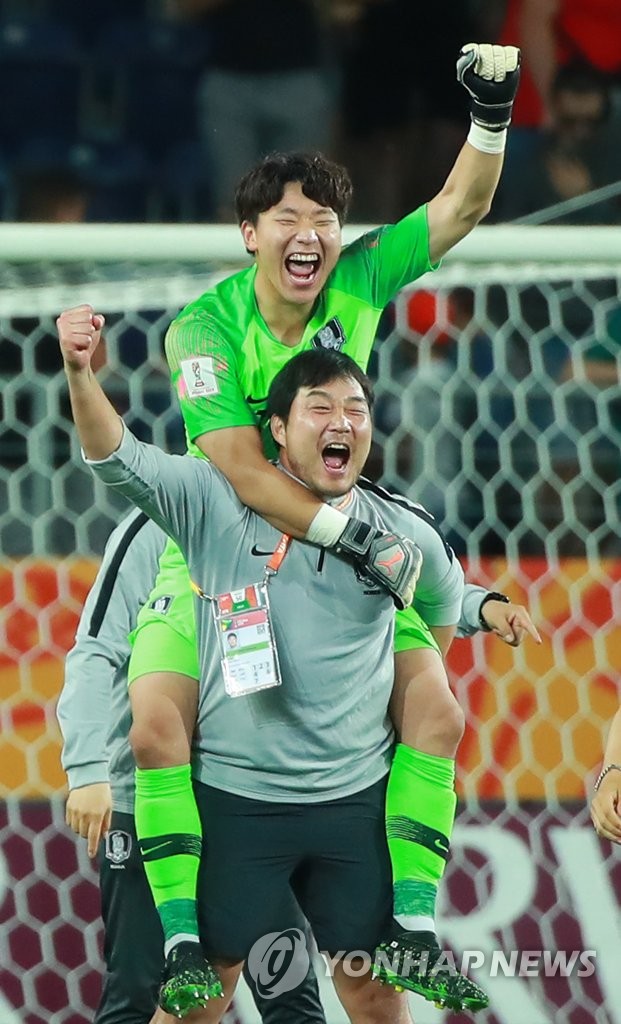 Lee Gwang-yeon has come up with some spectacular saves in net. Most notably, he made a stop during the penalty shootout against Senegal in the quarterfinals, as South Korea rallied for a 3-2 despite having their first two kickers miss. And with South Korea nursing a 1-0 lead against Ecuador, Lee denied Alexander Alvarado and Leonardo Campana in the final stretch to preserve the historic victory.

The goalkeeper said the players have never doubted that they can win the championship because they are well-prepared.

"My teammates have been playing great in front of me," Lee said. "We feel great about reaching the final, but we don't want to get too cocky now. We'll enjoy this tonight and then pour everything we have left into the one last match." 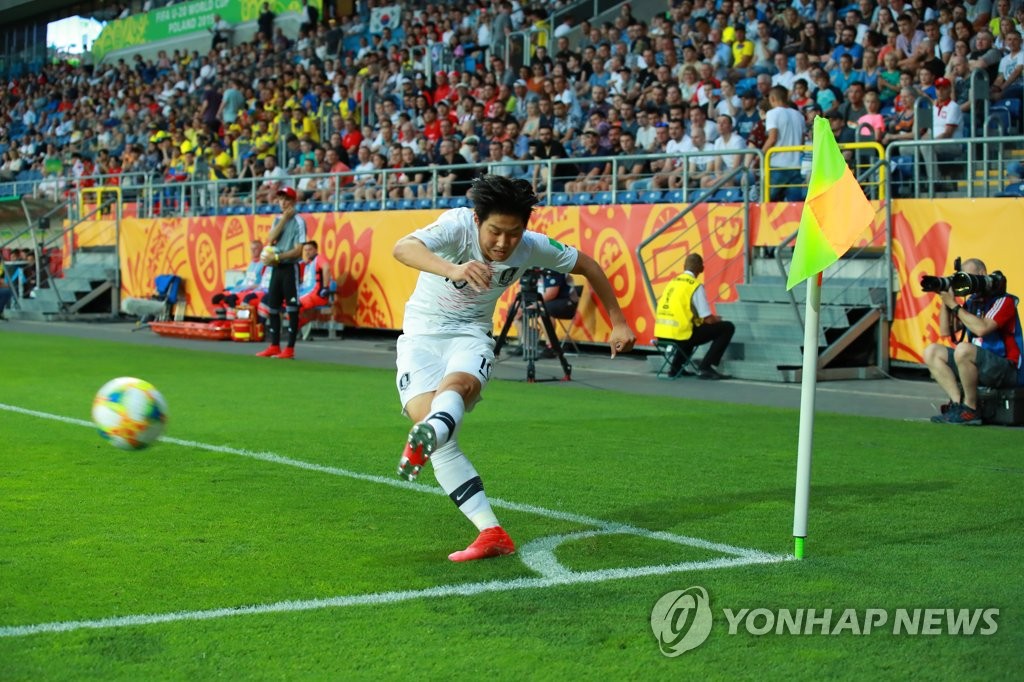 South Korea's improbable journey adds a new layer of unpredictability to the youth tournament. There have been six different champions over the past six tournaments, and a new champion will be crowned again this year after the 2017 champions England failed to even make it out of the European qualifying this time.

South Korean players are basically playing with house money. Every match since the round of 16 has been a bonus to them, because not many outside the team expected this team to go this deep into the tournament. And maybe even a few within the team doubted, at least privately, that they'd be in the final.

But here they are now, one win away from the ultimate prize. And a group of loose players who have nothing to lose can always be dangerous.