The number of employed people reached 27.32 million in May, an increase of 259,000 from the same month in 2018, according to the data compiled by Statistics Korea.

The statistics agency said the number of unemployed people stood at 1.145 million in May, the highest level for any May since 2000.

The unemployment rate for young adults -- those aged between 15 and 29 -- fell to 9.9 percent last month from 10.5 percent tallied a year earlier.

By industry, the manufacturing sector -- the backbone of South Korea's economy -- continued to suffer a decline in job offerings by losing 73,000 jobs in May

In contrast, the health and social welfare sectors added 124,000 jobs, and the education service sector saw an increase of 47,000 jobs last month. 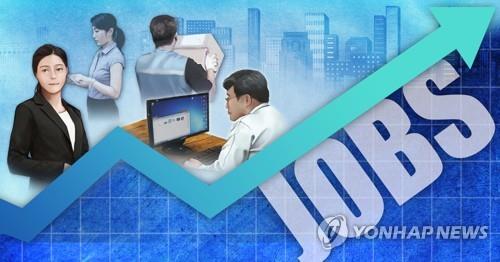