Hyundai Rotem said it will supply 123 trams to Warsaw Tramways, which operates the tram network in the Polish capital. All trams will be built in South Korea and shipped to Poland starting in 2021.

This is the third time the company has inked a tram deal with a foreign customer. The company previously secured tram orders in Turkey in 2014 and 2015.

Hyundai Rotem said its trams will be able to run at a maximum 70 kilometers per hour and will be equipped with its latest energy-saving technologies.

Hyundai Rotem, a unit of Hyundai Motor Group, said it is also looking to supply trams to six local municipal governments, including Busan and Daejeon, in the future. 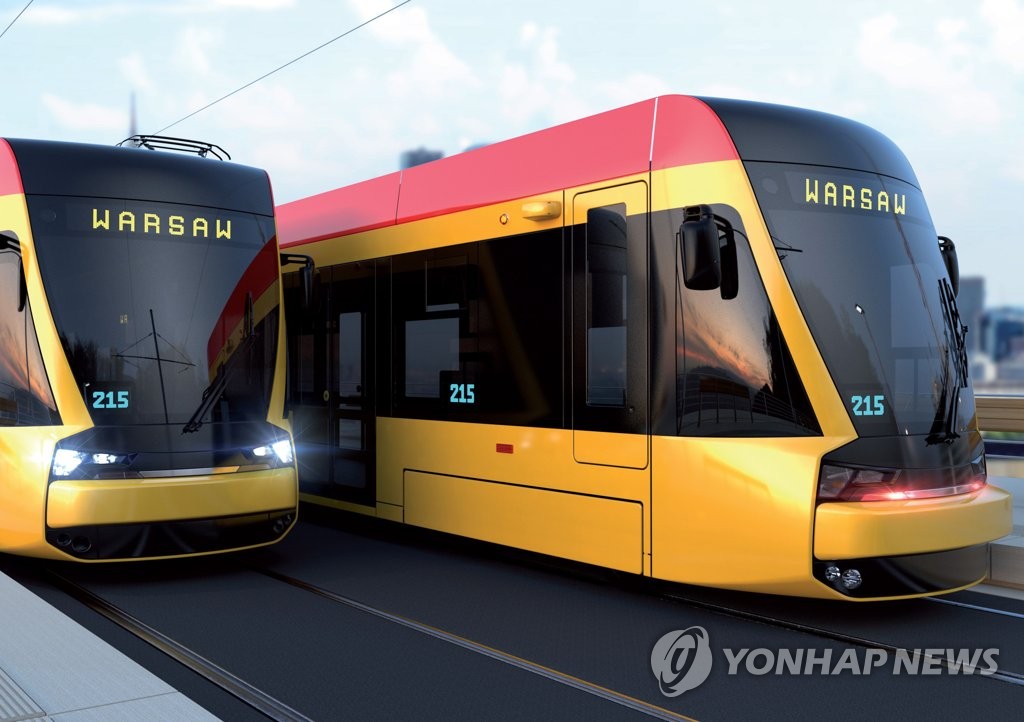