Household loans by banks increased by 5 trillion won (US$4.23 billion) last month, picking up from a 4.5 trillion-won increase the month before, according to the data from the Bank of Korea (BOK).

The BOK noted households' credit spending tends to increase in May when the country celebrates many family-oriented holidays, such as Parents' Day and Children's Day.

Other loans, including credit loans, gained 2.2 trillion won, marking a sharp rise from an 800 billion-won increase in April. 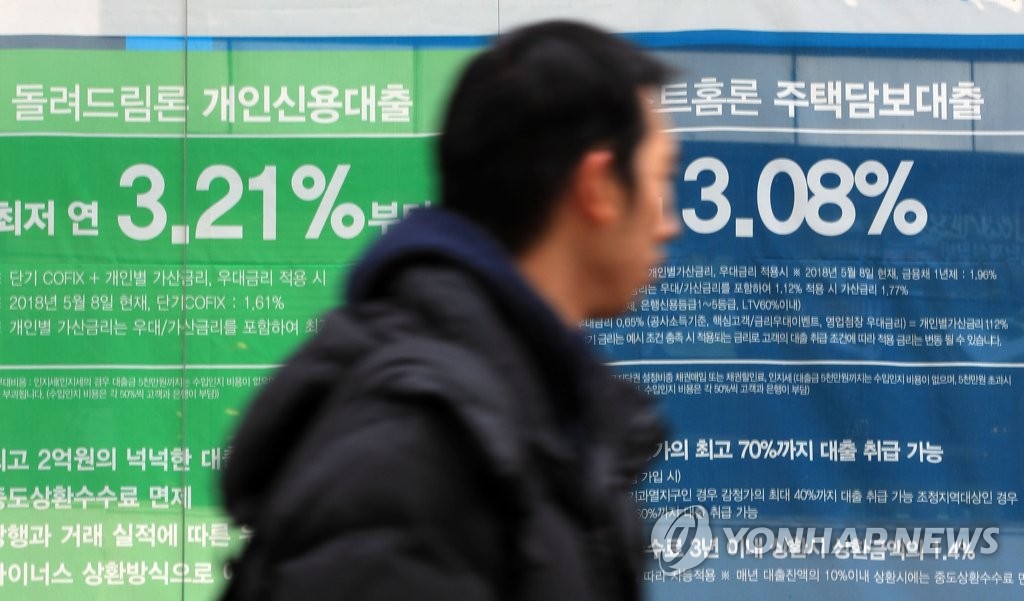 Low corporate investment has been partly blamed for slowing growth in Asia's fourth-largest economy, which unexpectedly contracted 0.4 percent in the first quarter from three months earlier.

Bank deposits increased 7.7 trillion won in May, marking a turnaround from a 5.2 trillion-won drop the previous month.

Banks' household loans up in May

Banks' household loans up in May