SEJONG, June 12 (Yonhap) -- South Korea aims to achieve US$35 billion worth of exports in five major consumer goods by 2022, the finance minister said Wednesday, in the latest efforts to boost its slowing exports.

Hong Nam-ki, the minister of economy and finance, set the target in a meeting with officials in Sejong on how to revitalize Asia's fourth-largest economy. 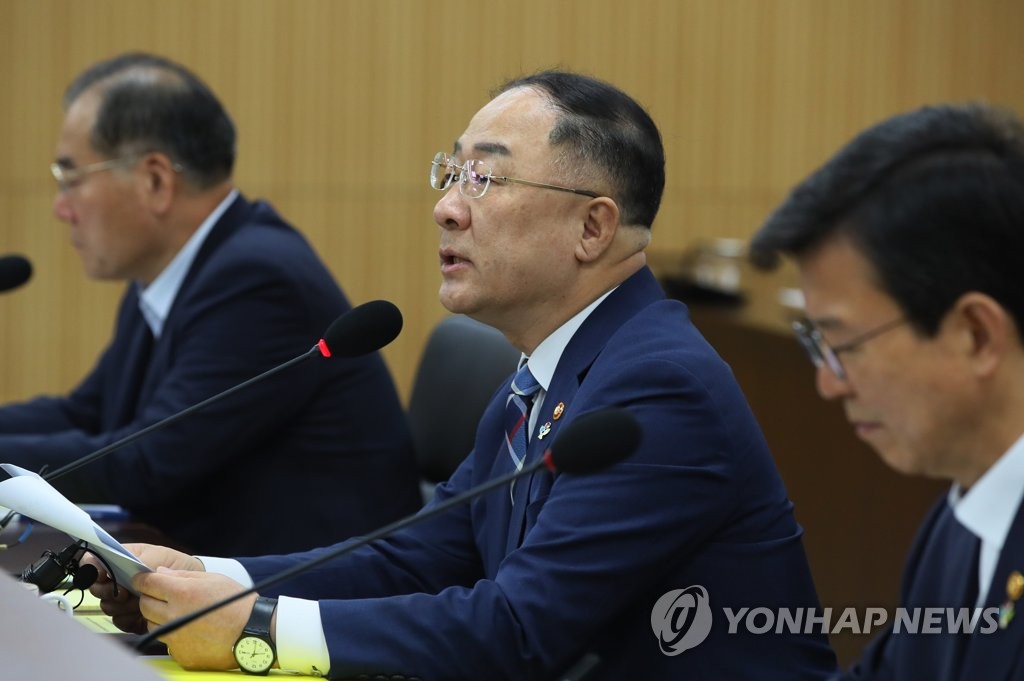 They accounted for 4.6 percent of South Korea's total exports last year, up from 3.5 percent in 2014.

Hong said the government will unveil its plan, including investment projects worth 10 trillion won (US$8.4 billion), later this month as part of efforts to boost exports and revitalize the economy.

South Korea's exports dropped 9.4 percent on-year to US$45.9 billion in May, extending their on-year fall for the sixth consecutive month due mainly to sluggish shipments of chips and the weak Chinese economy.

In April, the government proposed the supplementary budget bill to the National Assembly, but it is still pending at the parliament due to a political standoff between rival parties.