WASHINGTON, June 11 (Yonhap) -- A ranking Democratic congressman on Tuesday expressed doubt that the inter-Korean industrial complex in North Korea will reopen before the regime's denuclearization.

Rep. Brad Sherman (D-CA), chairman of the House Foreign Affairs subcommittee on Asia, met with a group of South Korean businessmen who used to operate factories at the Kaesong industrial park.

The eight-member delegation was in the U.S. to seek public and government support for the reopening of the complex that was shuttered in February 2016 amid heightened tensions over the North's nuclear and missile programs.

"The most important thing ... for the reopening of Kaesong is a deal on the North Korean nuclear and missile program," Sherman said during the meeting at the Rayburn House Office Building. 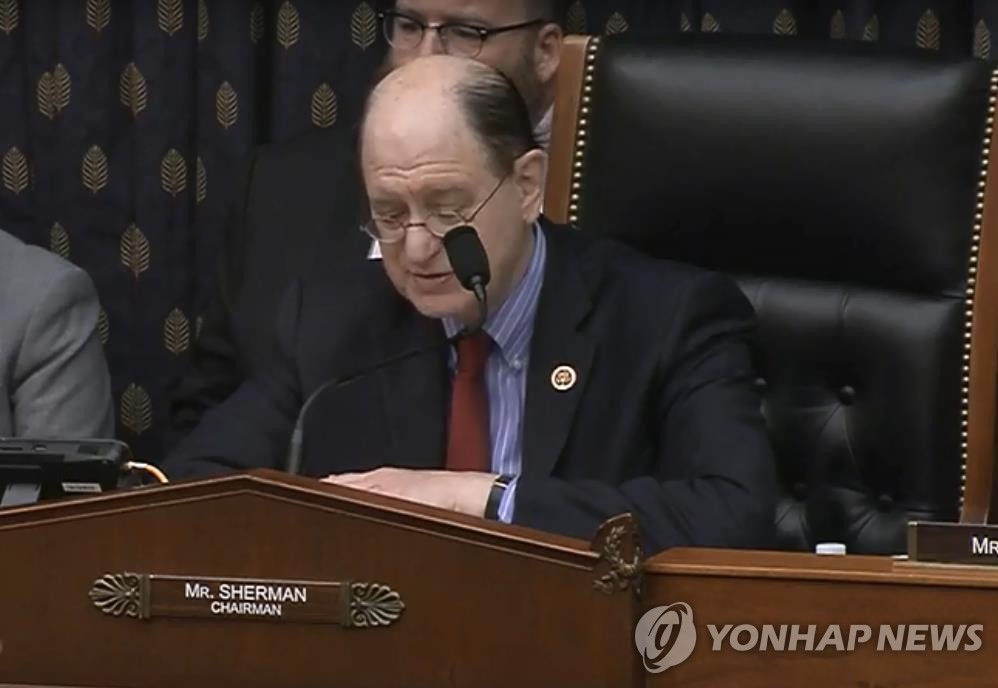 The congressman added that while the U.S. government demands "complete, irreversible denuclearization that is verifiable," he believes the two sides could reach a deal under which the North retains a "highly limited, highly monitored cache of nuclear weapons."

He went on to say that he thinks the U.S. has to have "as reasonable a bargaining position as possible."

"We have not achieved either one of those objectives, and until we do, it seems unlikely that the Kaesong will reopen," Sherman said.

The lawmaker noted the importance of ensuring that North Korean laborers get the lion's share of their wages instead of having to offer them up to their government. The Kaesong complex used to serve as a key source of hard currency for the regime.

Sherman also expressed concern over the working conditions of the laborers, saying he hopes the delegation can address that issue.

"It is clear that opening this facility will help the workers so long as they adequately get paid and will help the government of North Korea," he said. "North Korea should look at that as a reason to reach an agreement on their nuclear program."

Reopening the factory park requires an exemption from United Nations sanctions on Pyongyang, but Washington has been reluctant to relax pressure before it sees concrete steps toward denuclearization.