The country's M2 came to 2,767.9 trillion won (US$2.34 trillion) in April, up 0.5 percent from a month before. From the same month last year, the amount marks a 6.6 percent increase, according to the Bank of Korea.

The amount has increased at over 6 percent since last June, peaking at 6.8 percent in the final three months of 2018 and again in March. 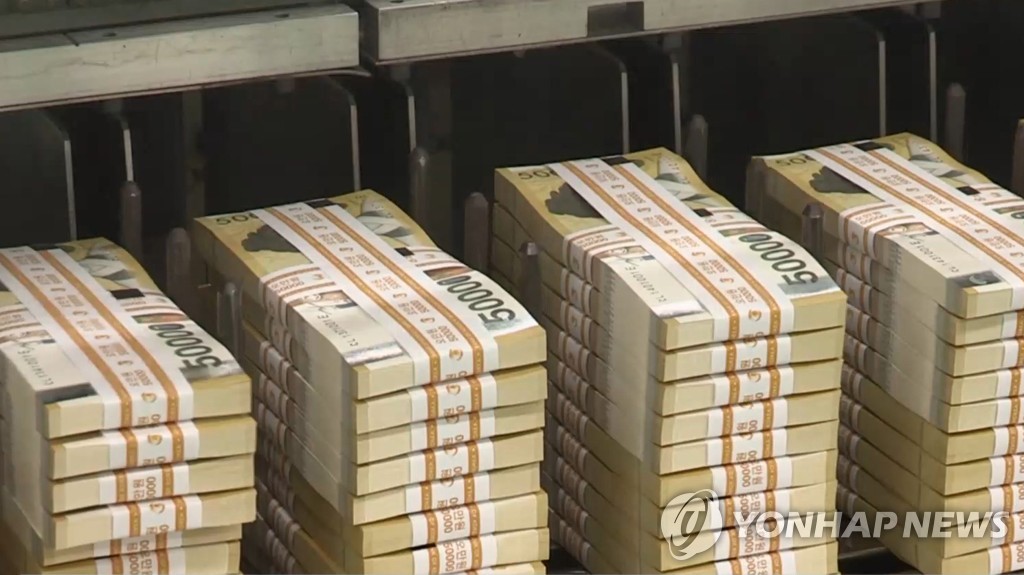