LODZ, Poland, June 14 (Yonhap) -- South Korea will chase their first-ever title at the FIFA U-20 World Cup when they take on Ukraine in the final on the weekend in Poland.

The championship match will kick off at Lodz Stadium in Lodz at 6 p.m. Saturday (local time), or 1 a.m. Sunday (South Korea time). 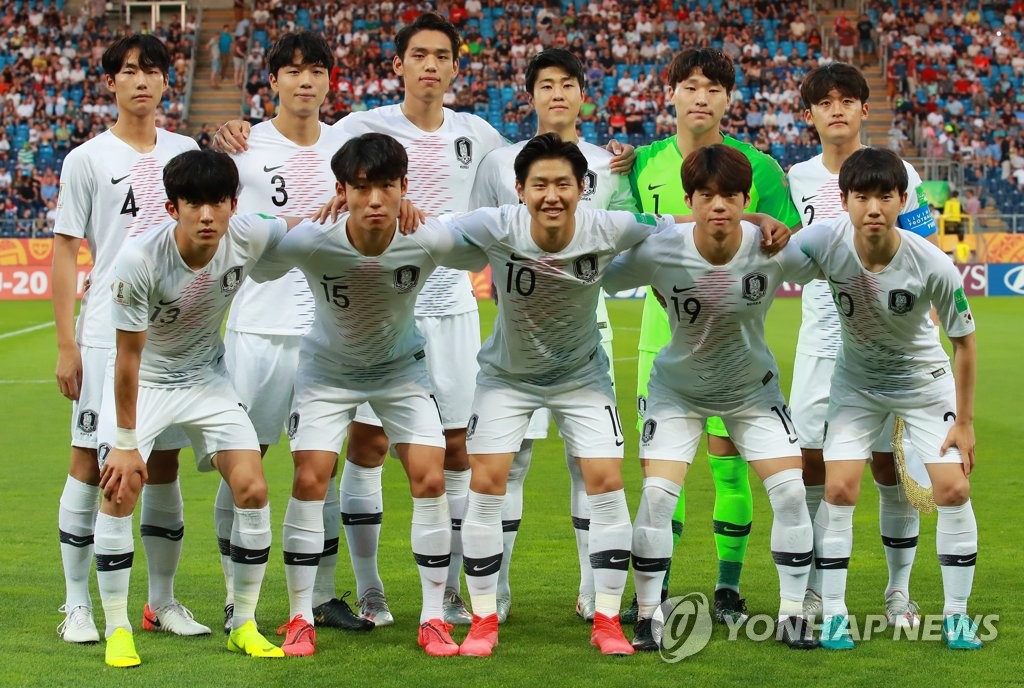 Coached by Chung Jung-yong, South Korea are riding a five-match winning streak into the final. They haven't lost since losing the first group match against Portugal 1-0 on May 25, taking down South Africa, Argentina, Japan, Senegal and then Ecuador en route to the final. South Korea have scored eight goals and allowed five.

Ukraine are undefeated in the tournament. They won Group D with two wins and a draw, and then eliminated Panama, Colombia and Italy to reach the championship match. They've outscored their opponents 6-1 in three knockout matches and are 10-3 in six matches total. Ukraine are also in the final for the first time.

South Korea have had a balanced attack with six different players getting on the score sheet, with forwards Oh Se-hun and Cho Young-wook tied for the team lead with two apiece.

Midfielder Lee Kang-in has scored once, but he's been the deadliest weapon for South Korea thanks to his outstanding playmaking ability. He has assisted on four goals and has made a handful of other jaw-dropping passes that belie his 18 years of age. Lee is considered among the contenders for the Golden Boot as the tournament MVP.

Lee Gwang-yeon has been excellent in net, with three clean sheets in six starts. He has made some highlight-reel saves to keep South Korea on the course for the final, including a couple of last-gasp stops to deny Ecuador an equalizer in the semifinals. 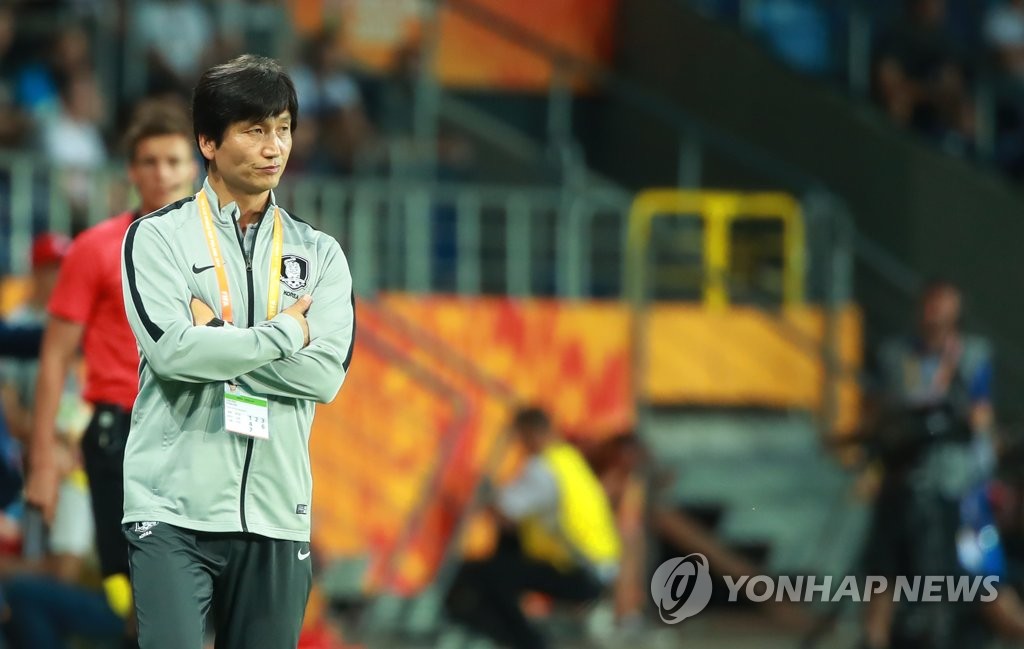 Chung's coaching acumen has been on full display. He has been able to adapt and adjust on the fly depending on matchups, and even when the coach reached deep into his bag of tactics, the players never looked surprised or out of sorts. In some matches, South Korea played a passive, defensive-minded game in one half and then switched gears into an attack mode in the next.

Their consistently high degree of success is a testament to Chung's ability to get his players to buy into his system and philosophy, and also to the young players' football intelligence and tactical awareness.

For Ukraine, three players have accounted for the team's 10 goals. Danylo Sikan, an 18-year-old forward, is the team leader with four goals, while midfielder Serhii Buletsa and defender Denys Popov have each chipped in three goals.

Of the high-scoring trio, Popov will not be eligible in the final after picking up two yellow cards in the semifinals against Italy.

As important as X's and O's are, South Korean players will need to make sure they'll be physically ready to play in the final. They survived arguably the toughest group in the early round against Portugal, South Africa and Argentina. They had three days of rest before beating Japan 1-0 in a high-pressure rival match. After another three-day break, they dueled Senegal to a 3-3 draw after 90 minutes of regulation and 30 minutes of extra time, before beating them 3-2 on penalties. The semifinal match versus Ecuador took place three days later. 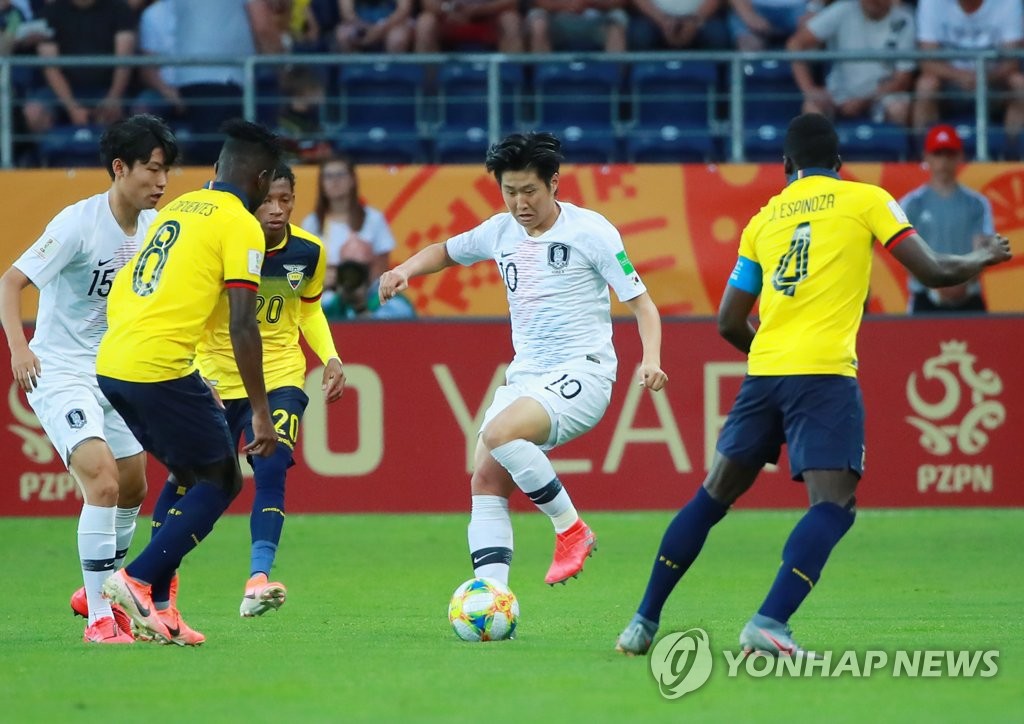 Ukraine haven't had to play any extra periods and had one more day off between the quarterfinals and the semifinals.

One thing definitely going for South Korea is the adrenalin rush from defying odds and expectations to get this far.

Virtually no one outside the team pegged South Korea as the potential finalists. They weren't even supposed to make it out of the group stage.

And from the way they sing their national anthem in pregame ceremonies with gusto and the way they celebrate goals, with guys on the bench joining the fray without fail, it's easy to see that the players are having fun on this ride. And they have apparently heeded the message of Chung, who has been telling them to enjoy the once-in-a-lifetime opportunity of competing in the prestigious tournament. After all, most of these players will be over 20 by the time the next tournament rolls around. Only the few precocious players who make their debut at 18 or younger get to participate in these tournaments twice.

Chung will be taking a group of loose players who have nothing left to prove and who are treating every game like a bonus. And given a number of goal posts struck by opposition shots and video reviews that have gone in their favor, South Korea also have the look of the proverbial team of destiny.

They will find out Saturday if that destiny will lead them to the ultimate prize. 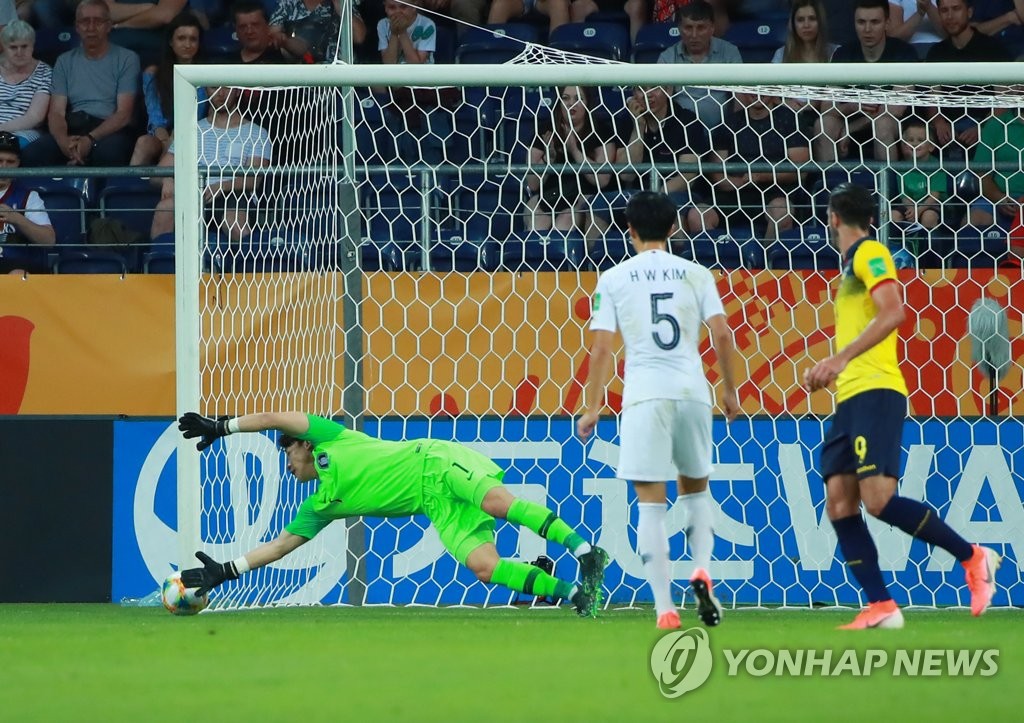