Released on June 5, the family satire, directed by Bong Joon-ho, had attracted 259,737 viewers in French cinemas through Sunday, according to CJ ENM Co.

It marks the highest first-week showing for any Korean film released in the country, surpassing the previous record of 235,371 set by Bong's 2013 feature "Snowpiercer."

CJ ENM said ticket sales of "Parasite" in France will likely gain momentum, as the movie will be shown on 300 screens this week, up from 179 screens last week.

In South Korea, "Parasite" has been atop the local box office since its release on May 30, surpassing 7.3 million admissions as of Tuesday. 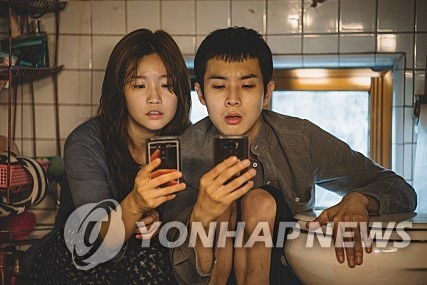