Moon Chung-in, a special presidential advisor and Yonsei University professor, made the remarks after Trump said Tuesday that Kim sent him a "beautiful" and "very warm" letter, the first known correspondence since their no-deal summit in Hanoi in February. 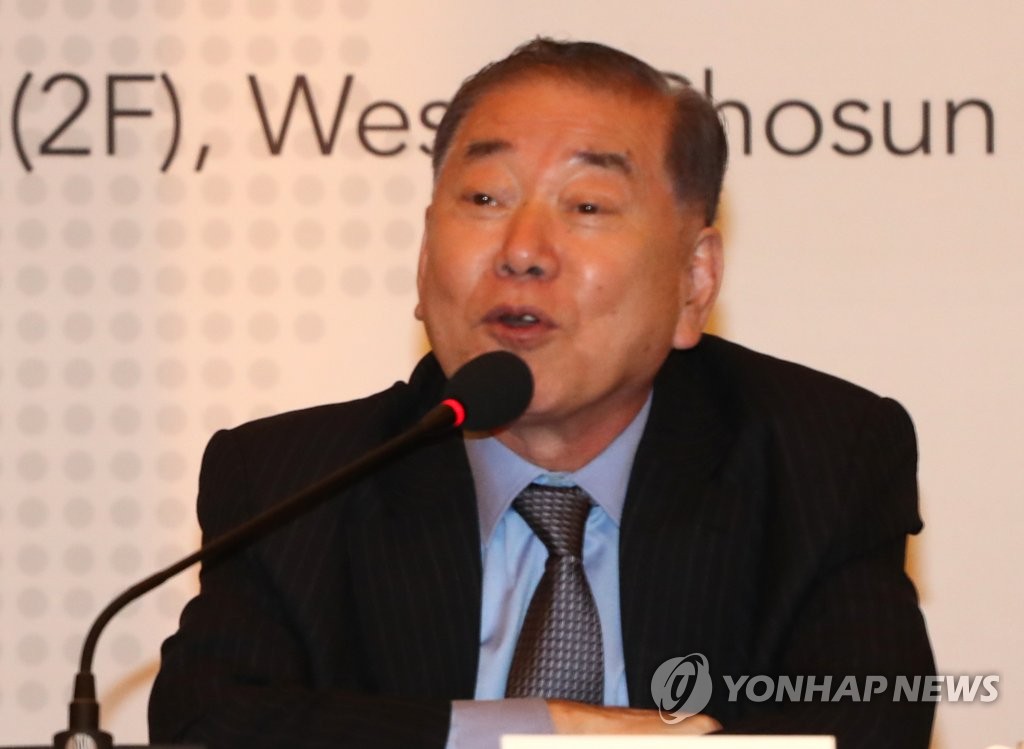 Yet Kim's letter underscored his will to maintain dialogue with the U.S., while Trump has also indicated his commitment to engagement with the North.

During the forum, the presidential advisor also called for the "strategic and flexible" application of sanctions, saying that in his "personal" view as a scholar, the U.S.' stance that it will not ease sanctions until the North's complete denuclearization is "unrealistic."