Since its release in May, it has been the underdog at the local box office after Bong Joon-ho's "Parasite," which won the highest prize at this year's Cannes Film Festival, hit the local screens on May 30.

However, "Aladdin" recently made an outstanding rebound in audience numbers as the pace of "Parasite" slowed down once it pierced the 7 million admissions mark last week.

Over the same period, on the other hand, "Parasite," the No. 1 film, saw its weekend ticket sales drop sharply to 1.67 million from 2.79 million.

Consequently, the number of people who had seen "Aladdin" surpassed 4.1 million on Tuesday, 20 days after its release here on May 23. 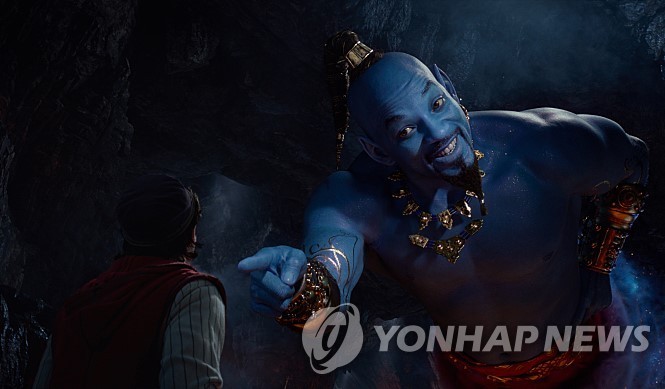 Directed by Guy Ritchie, "Aladdin" is a live-action adaptation of Disney's 1992 animated film of the same name and stars Will Smith, Mena Massoud and Naomi Scott.

Along with flamboyant, dazzling costumes and props, the solid performances of the cast, a fresh interpretation of the original story and rousing, catchy songs successfully caught the eyes and ears of Korean Disney fans.

Will Smith, who plays Genie, seems integral to the Disney remake as his comically eccentric verve and charismatic performance were strong enough to hook the audience from his first appearance onscreen.

Her solo song "Speechless," the newly added number on the film's original soundtrack, is gaining huge popularity in South Korea, along with beloved hits like "A Whole New World" and "Friend Like Me."

Moreover, the presence of "Aladdin" in 4DX theaters has helped accelerate the film's belated popularity in the country. The 4DX version gives audiences a chance to experience the feeling of a magic carpet ride while the romantic song "A Whole New World" is played.

More than 250,000 people had seen the film in 4DX theaters as of Tuesday, making it the most-viewed musical film shown on 4DX screens in South Korea.

Riding the burgeoning craze for the movie, local multiplex chains like CJ CGV moved to offer singalong screenings for "Aladdin" starting Monday, allowing the audience to sing together during the movie. In this karaoke version, the lyrics pop up on the big screen. 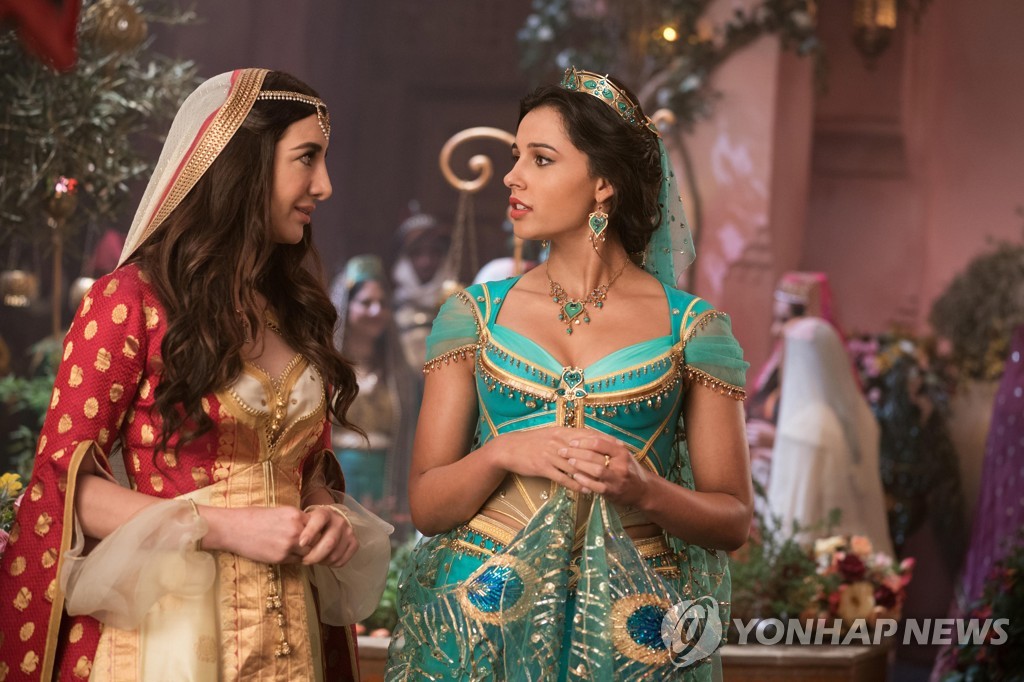