SEOUL, June 12 (Yonhap) -- Asia's top football official on Wednesday praised South Korea for reaching the final at the FIFA U-20 World Cup in Poland, saying the country's run demonstrates the growth of the sport on the continent.

South Korea defeated Ecuador 1-0 on Tuesday in Lublin, Poland, to set up the championship match against Ukraine. It will be South Korea's first appearance in the final of any FIFA men's tournament. 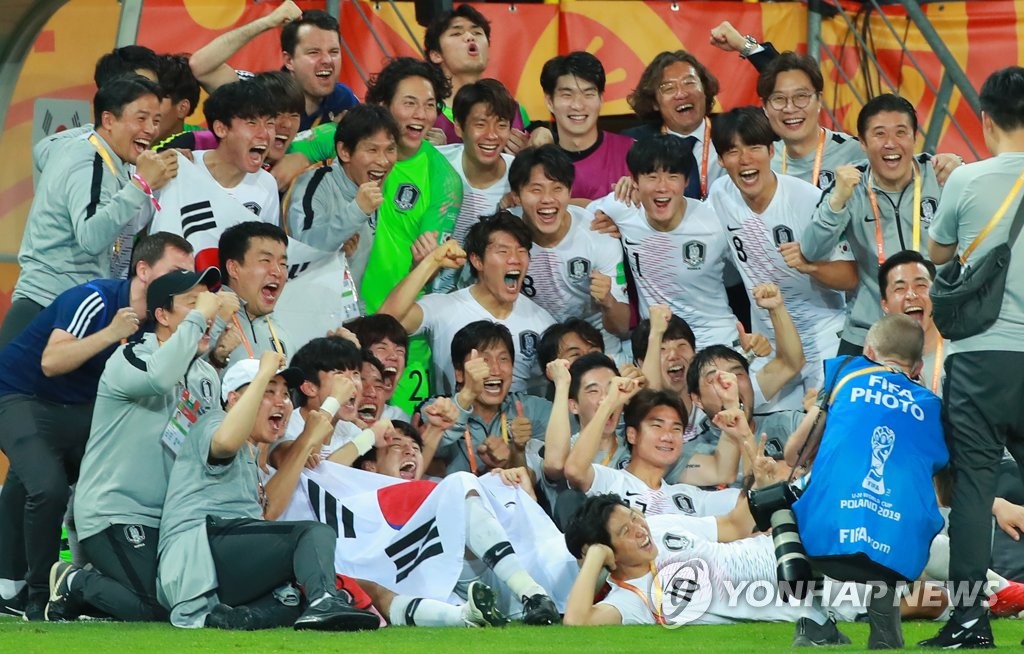 "Their achievements so far have been remarkable, and I hope they carry on this form and go on to win the competition," Asian Football Confederation (AFC) President Shaikh Salman bin Ebrahim Al Khalifa said in a statement.

"Korea Republic have displayed talent, skill and maturity beyond their young age, which have earned many admirers. I wish them good luck when they face Ukraine in the final," he said, referring to South Korea by its name in international football events. "I am sure they will play with honor and pride knowing that Asia is fully behind them. It is satisfying to witness Korea Republic's impact in the competition, which clearly reflects the growing standard of the sport in Asia."

After losing their first group match against Portugal, South Korea have won five straight matches, beating South Africa and Argentina in Group F, and then knocking off Japan, Senegal and Ecuador in succession.