Green Korea United said dioxin has been detected at the former site of the USFK's Defense Reutilization and Marketing Office (DRMO) in Busan's Jingu district.

The former DRMO site covering 34,925 square meters was used as an incinerating facility for garbage from neighboring USFK bases from 1973 to 2008. 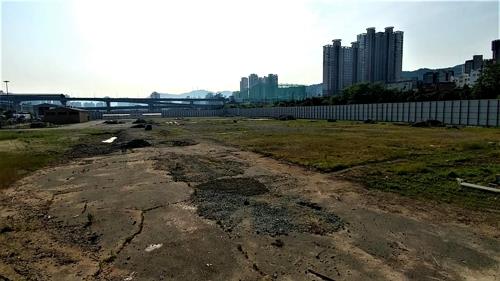 The land owned by the Ministry of Land, Infrastructure and Transport has been abandoned for the past 11 years and is now filled with garbage and waste.

The government plans to convert 75 percent of the site into railroad-related facilities and the remainder into a sports park.

According to Green Korea United, the Ministry of Environment and other government agencies are aware of the detection of dioxin from the former DRMO site but have yet to determine the cause.

The land and environment ministries have recently mapped out a plan to clean up pollutants in the former DRMO site by May next year, the activist group added.

It said a detailed examination should be carried out on possible soil contamination at former USFK facilities in Yongsan before the construction of a public park there.