"(Kim) expressed hope to continue inter-Korean cooperation honoring the efforts made by Lee Hee-ho for the reconciliation and cooperation of the Korean people," Chung told reporters upon arriving from his trip to Panmunjom.

In the message, the North Korean leader expressed condolences over Lee's death, lauding her efforts for peace on the Korean Peninsula.

"The commitment and efforts Lee made with ex-President Kim Dae-jung for the reconciliation, harmony and the peace and unification of the nation, despite all the hardships and troubles, are serving as a precious foundation for the current North-South relations on their way to independent unification and peaceful prosperity," Kim Jong-un said in the message.

Chung said there was no letter or message that Kim Yo-jong asked to deliver to President Moon Jae-in. The meeting lasted 15 minutes.

Kim was accompanied by Ri Hyon, a senior official at the United Front Department in charge of inter-Korean affairs, Chung said.

Kim also said his brother has a "special feeling" about Lee and quoted him as saying that she should directly pay condolences to a responsible figure from the South, Yoon Do-han, senior secretary to President Moon Jae-in for public communication, said at a briefing.

Chung said cherishing the memory of Lee together could be an opportunity to renew the two Koreas' efforts for peace and prosperity on the Korean Peninsula, according to Yoon. 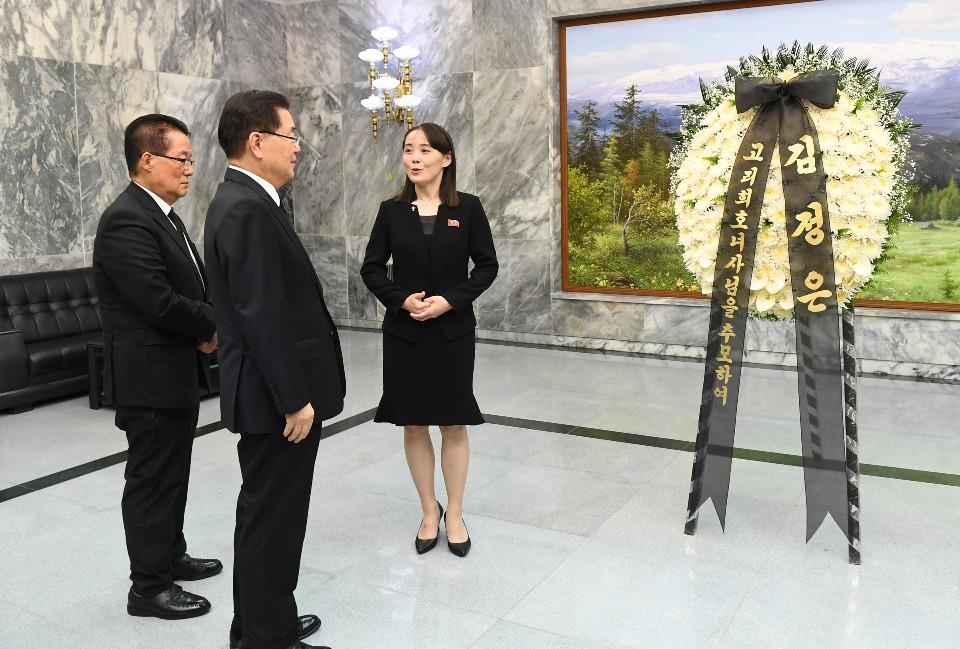 On Monday, Lee Hee-ho died at the age of 96 after battling liver cancer. She is known for her lifelong support for her husband's efforts to bring democracy to South Korea and make peace with North Korea. Her funeral is set for Friday.

South Korea informed North Korea of her death through the liaison office on Tuesday.

Expectations had arisen that North Korea could send a delegation of officials to pay their respects over her death, which observers said could serve as a stimulus to move stalled inter-Korean relations forward.

When Lee's husband and the architect of the "sunshine policy" of engaging North Korea, Kim Dae-jung, died in 2009, then-North Korean leader Kim Jong-il sent a condolence message to the bereaved family the next day and sent a delegation of special envoys to his funeral.

Lee accompanied her husband to Pyongyang in 2000 for his first inter-Korean summit with Kim Jong-il.

Lee made two more trips to the North in 2011 and 2015. She was among the first South Koreans who met current leader Kim Jong-un when she traveled to Pyongyang in 2011 to pay her respects after Kim Jong-il's death.

The North's expression of condolences coincided with the first anniversary of the historic summit between its leader Kim and U.S. President Donald Trump on June 12, 2018.

During their first-ever meeting, Kim and Trump agreed to the complete denuclearization of the Korean Peninsula in exchange for security guarantees from Washington.

Nuclear negotiations, however, have been all but stalled since the breakdown of their second summit in Hanoi in February, where they failed to find common ground over the scope of Pyongyang's denuclearization steps and Washington's sanctions relief.

Little progress in nuclear talks is apparently taking a toll on inter-Korean relations, with major cross-border cooperative projects being suspended.

Seoul is pushing to break the deadlock in denuclearization talks and move its relations with North Korea forward by holding an inter-Korean summit between President Moon Jae-in and North Korean leader Kim, but Pyongyang has been mum on the offer for dialogue. 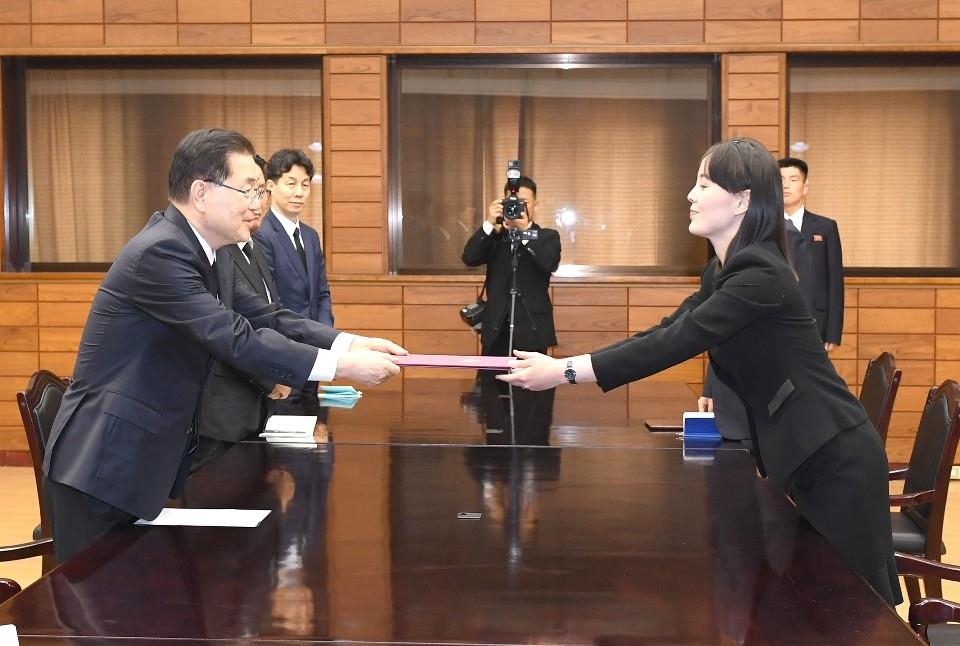