Hungarian authorities raised the Hableany sightseeing boat from waters on Tuesday (Budapest time) and placed it on a barge, nearly two weeks after the accident.

Rescue teams retrieved four more bodies over the course of the salvaging. Three of them were confirmed to be Koreans, including the six-year-old girl who was the only minor aboard the ship. The other was the Hungarian captain.

The foreign ministry in Seoul said Korean officials will enter the wreck at about 10 a.m. (5 p.m. Korean time) and carry out another search for the missing.

"We'll continue to work together with Hungarian authorities on the search even after the salvaging," the ministry said in a release.

The tour boat, carrying 33 Korean tourists and two Hungarian crew members, capsized and sank after colliding with a large Swiss cruise ship on May 29. So far, 22 South Koreans have been confirmed dead and four remain missing. Seven were rescued right after the accident.

Hungarian authorities had previously disapproved of Koreans working inside the ship, saying a joint investigation is not permitted. They agreed to it, however, after officials from the Korean quick response team stressed that its intent is to find the missing passengers.

The tour boat was taken on the barge to nearby Csepel Island, south of Budapest, for further analysis by local police as part of the ongoing investigation into the accident. 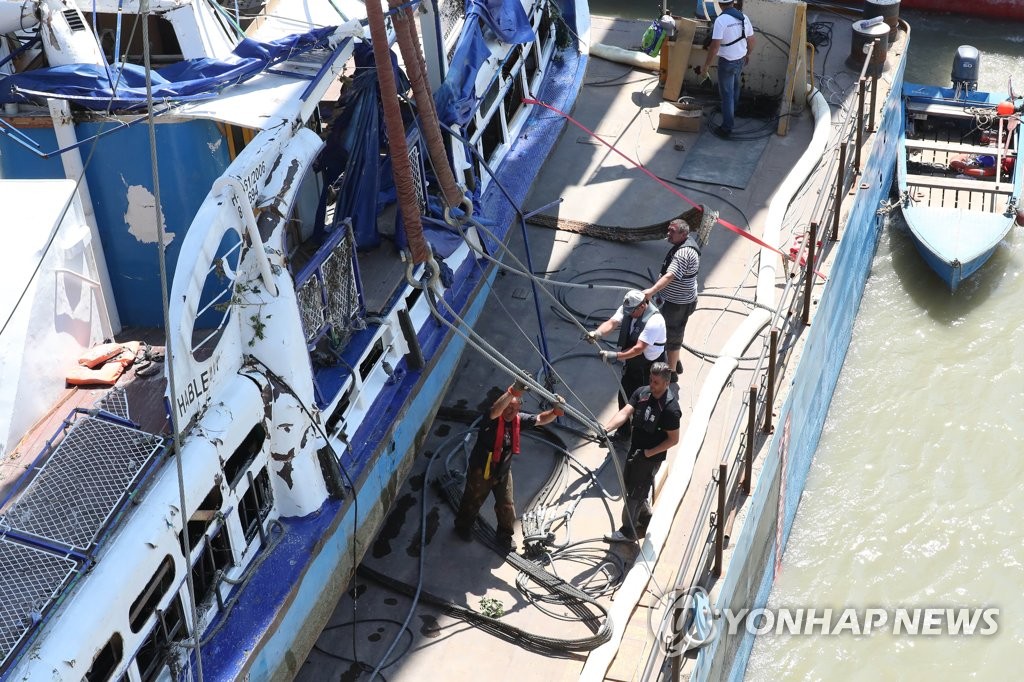