SEOUL, June 13 (Yonhap) -- The fourth-biggest market for digital games in the world and an aspiring leader in the emerging VR technology, South Korea is at odds with the World Health Organization's recent decision to put excessive gaming in the official list of disorders.

The World Health Assembly, the WHO's decision-making body, unanimously approved the 11th revision of the International Classification of Disease (ICD) last month, which includes the new entry of "gaming disorder" defined as "a pattern of gaming behavior characterized by impaired control over gaming."

The ICD is a global standard for diagnosing diseases and health conditions, and a major reference used by countries to draw up public health plans and strategies. The new set of standards comes into force at the beginning of 2022. 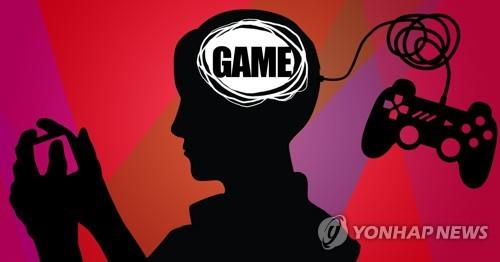 The WHO decision is a particularly fatal blow for South Korea that is seeking to nurture digital and virtual reality (VR) games as a major "hallyu" export item, along with globally popular Korean content, such as K-pop and Korean drama series. Hallyu, or the Korean Wave in English, refers to the sweeping popularity of Korean cultural content across the world.

Of all the hallyu items, games account for the biggest export item.

According to a 2018 white paper on the game market issued by the Ministry of Culture, Sports and Tourism and the Korea Creative Content Agency, exports by local game creators came to US$5.92 billion in 2017, up 80.7 percent from a year earlier.

South Korea, the home country of such famous online games as "Lineage," "Crazyracing Kartride" and "Dungeon Fighter," is currently the No. 4 player in the global market for mobile, digital and console games.

On the back of the solid performance of the local game industry, the government has been pushing to nurture digital games, as well as those based on the emerging virtual and augmented reality technologies as the country's growth engines.

The recent WHO decision could throw cold water on such visions, however, and the culture ministry, fully aware of the dampening factor, has been striving to find ways to cushion its impact on the local industry.

What makes matters worse is a polarization of opinions among two groups; one is medical doctors, parents and educators supportive of the decision and the other is the opposing gaming industry.

Throwing support behind the health ministry's stance to include the WHO-classified gaming disorder in the local diagnosis system, a group of five major medical and health associations, including the Korean Pediatric Society and the Korean Neuropsychiatric Association, said the WHO decision will help identify many pathologically addicted heavy gamers and provide timely medical help for them, a stance backed by the education and family ministries.

"It's a proper decision that reflects growing demand for health services for functional impairment stemming from additive game use," the group said in a statement Monday, claiming that heavy gaming could disturb the dopamine circuit as gambling disorders and alcoholism do.

Such a stance is also being endorsed by educators and mothers as South Korea is witnessing a growing population of game addicts as well as a number of crimes related to heavy gaming.

Most recent cases include a father in his 30s who beat his 1-year-old son to death while squandering money he received as child care subsidies from the government on internet games in 2017.

The local gaming industry, on the other hand, has been vocal in its opposition of the WHO classification.

The Korea Association of Game Industry, which encompasses 68 local game makers, slammed the decision as "suppression" of cultural content creators.

"Defining gaming as a mental illness without scientific evidence constitutes overtreatment," it said in a statement.

Sympathizing with the major content industry, the culture ministry moved quickly to comfort anxious local game creators and filed a complaint with WHO in late April. The ministry is planning to lodge another complaint with WHO down the road, sticking to its opposing stance.

It rejects a causal connection between gaming and abnormal behavior, arguing obsessive gamers are the results of unsound social and cultural environments that they are in rather than games.

"Gaming is a culture and a sports leisure item that all the people, as well as young people, enjoy and savor in the face of the fourth industrial revolution and the 5th generation (5G) mobile network service," Culture Minister Park Yang-woo said during his inspection of an e-sports venue in central Seoul last week.

"The government is ready to provide all-out support for a flourishing game industry," he also said. 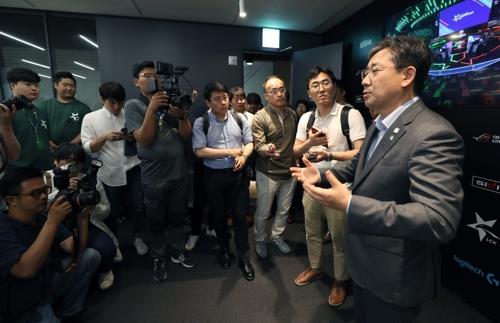 As ministries have failed to come up with a unified stance, the Office for Government Policy Coordination, an administrative body under the prime minister, launched a private-government consultative body last month to hear from the game industry, medical experts and civic society in a bid to mediate among them.

The government has at least until 2026 to find a solution before a new Korean Standard Classification of Diseases takes effect, but it will be a very difficult process, given the massive repercussions it could incur to the gaming industry.

A recent study by Lee Deok-joo, a professor of the Seoul National University's Department of Industrial Engineering, predicted that if the WHO classification of gaming disease is adopted locally, it would shrink the local game industry by 3.37 trillion won (US$2.8 billion) for the three years till 2025.