Earlier in the day, a local report said the 23-year-old, whose real name is Kim Han-bin, bought LSD pills in 2016 and that the police detected signs of the transaction but did not launch an investigation.

The report also released images of B.I's reconstructed mobile messenger conversation with a drug dealer, which showed him saying, "(I) do it because I want to be a genius."

As the allegations spiraled, B.I posted an Instagram message announcing that he will leave iKON. 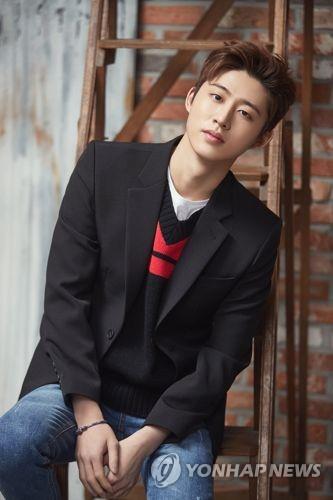 "I humbly repent of my wrongdoing and seek to leave the team ... I bow deeply to fans and other (iKON) members in sincere apology," he said.

He also admitted to the drug purchase allegation.

"I did in fact want to rely on a thing that I shouldn't even have had interest in, because I was once in such pain and agony," he said.

"But I couldn't even use them because I was terrified and afraid," B.I said, offering an apology to his fans and the six other bandmates.

iKON is best known for its hypnotic 2018 megahit song "Love Scenario." B.I jointly composed the song and wrote the lyrics as the team member most active in the band's music production.

He also composed and wrote many tracks for most of iKON's albums.

B.I's departure marks another heavy blow to YG, which is already reeling from a massive drug and sex video scandal involving Seungri, who departed from BIGBANG in March as he went through a police interrogation into the case.

Yang Hyun-suk, the head of YG, himself is also facing allegations of providing sex services to potential foreign investors.

YG offered an apology over B.I's drug allegations and ended its contract with him.

"Kim Han-bin is holding himself heavily responsible for the repercussions of this issue," YG said in a statement.

"Taking this seriously, (YG) decided on his departure from the team and the termination of his exclusive contract."

"YG is deeply feeling a sense of responsibility in managing its associated artists," it said.