OSLO, June 12 (Yonhap) -- South Korean President Moon Jae-in expressed hope Wednesday that he will meet with North Korean leader Kim Jong-un ahead of U.S. President Donald Trump's visit to the peninsula at the end of this month.

Speaking at the Oslo Forum in the Norwegian capital, Moon also emphasized the urgency of Pyongyang and Washington resuming formal dialogue.

Trump is scheduled to attend the two-day G-20 summit to open in Osaka, Japan, on June 28. He plans to travel to South Korea as well during the upcoming Northeast Asia tour. No exact schedule has been announced yet.

"I think it's desirable (for me) to meet Chairman Kim Jong-un, if possible," before Trump's trip to South Korea, Moon said. 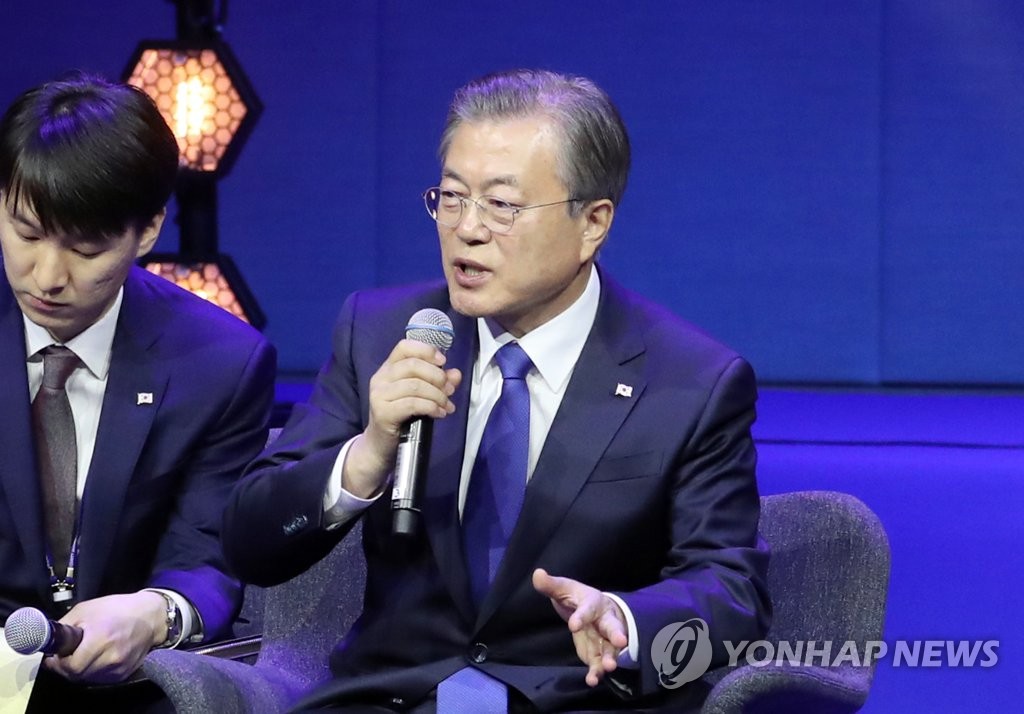 He reiterated that he's ready to have talks with Kim at any time and that the timing is up to Kim.

He said he was also briefed on its contents as South Korea and the U.S. usually share such information.

As the leaders continue to trade such "warm letters," Moon said, dialogue momentum is being maintained.