GRENOBLE, France, June 12 (Yonhap) -- A combination of unlucky events and toothless offense sealed South Korea's fate against Nigeria at the FIFA Women's World Cup in France on Wednesday, leaving the Taeguk Ladies in a deep hole from which they may never get out.

South Korea lost their second Group A contest by 2-0 in Grenoble, with defender Kim Do-yeon's own goal in the 29th minute putting Nigeria on the board. 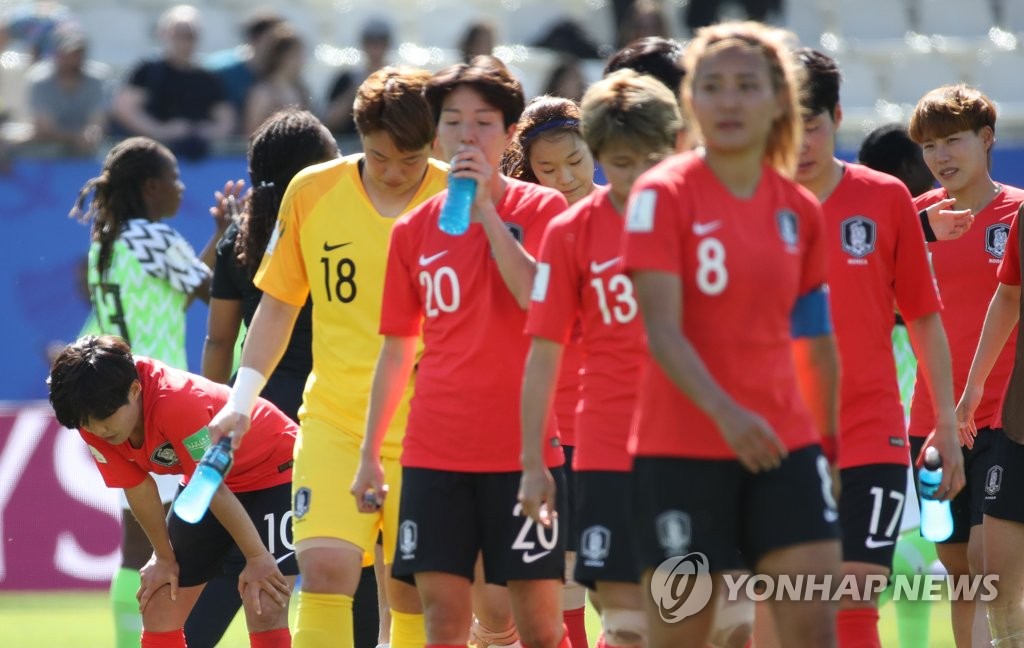 South Korea later had an equalizer wiped out by an offside ruling, and stellar goalkeeping by an 18-year-old international rookie Chiamaka Nnadozie kept South Korea off the sheet for the second straight match.

After losing to hosts France 4-0 last Friday, the 14th-ranked South Korea desperately needed to score some goals against world No. 38 Nigeria. With the 12th-ranked Norway up next, Wednesday's matchup presented perhaps the last opportunity for South Korea to pour in multiple goals.

The top two teams from six groups plus four best third-place teams will qualify for the round of 16. South Korea's realistic hope is to snatch one of those four extra spots as the No. 3 seed from Group A, but losing the opener 4-0 set them back greatly. The first tiebreaker among third-place nations is the goal difference.

Head coach Yoon Duk-yeo juggled his lineup in hopes of kickstarting his offense. Midfielders Lee Min-a and Kang Chae-rim, who breathed some life into the offense as second-half substitutes against France, got the starting assignments this time.

South Korea enjoyed a substantial edge in ball possession early but they lacked the delicate touch in the attacking third to convert that possession into quality shots. 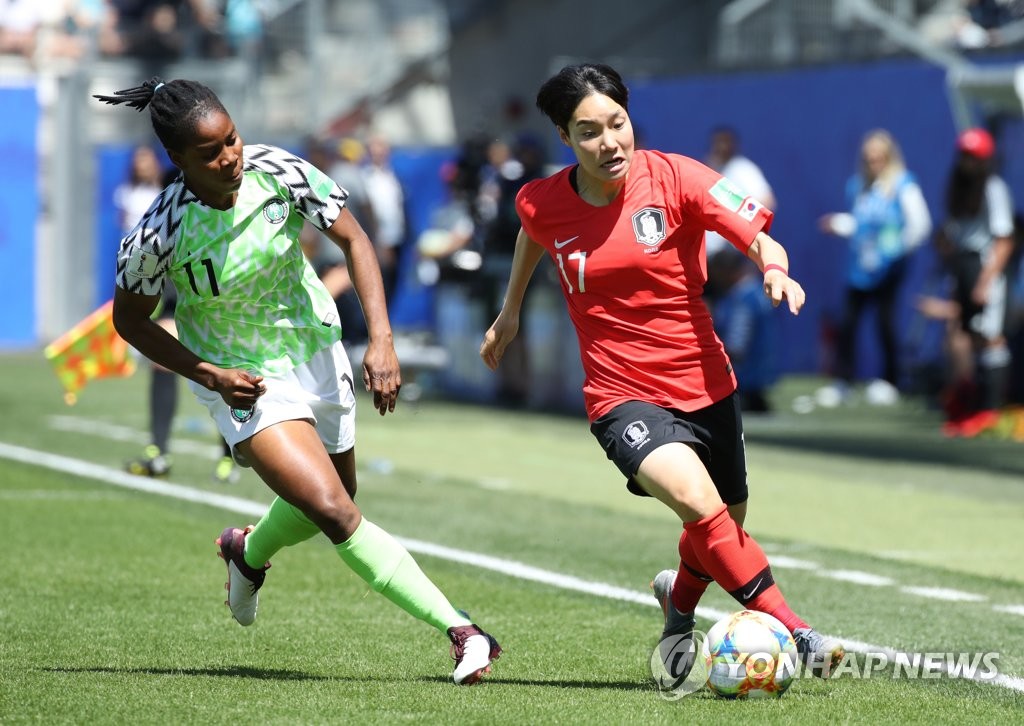 Lee Min-a announced her presence in the 23rd minute with a shot from outside the box that rolled wide left of the net, and it ended up being South Korea's best chance in the first half.

And all that advantage in ball possession went for naught in the 29th minute when Kim Do-yeon failed to clear a long pass and ended up putting it into her own net.

Desire Oparanozie was the intended recipient of the pass, and she put her left arm out as the momentum carried her forward, and she almost touched the ball with her fingertips. While the video assistant referee was reviewing the play for a possible handball, Kim closed her eyes and prayed for the goal to be called back.

Instead, it stood as a good goal, and it appeared to take the wind out of South Korean sails, as Nigeria started establishing their presence in the attacking zone.

South Koreans regrouped and started dominating the ball again in the second half. But in another unfortunate call, forward Lee Geum-min had her game-tying score called back on an offside in the 58th. Lee was at the right spot at the right time when Kang Chae-rim's shot ricocheted off Nnadozie and landed at her feet. Lee easily put it into the gaping net, but she was offside by mere inches before the initial shot was fired. 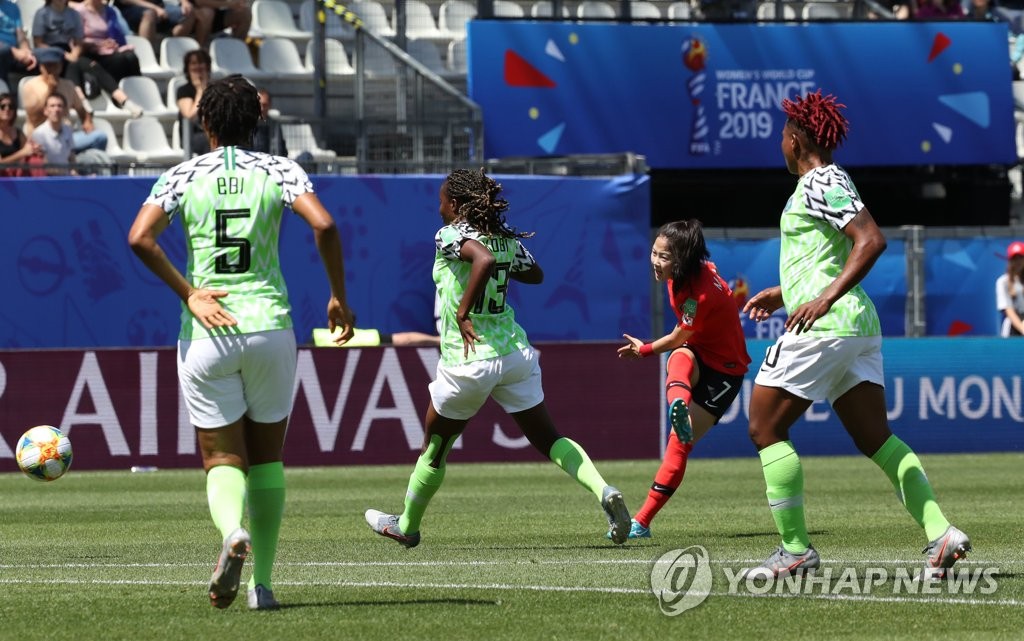 Yoon made two simultaneous substitutions in the 56th minute to send Yeo Min-ji and Moon Mi-ra into the match. With fresher legs, Yeo and Moon jolted the deflated South Korean offense back to life in the final stretch.

But South Korea over-committed on offense in a desperate attempt to tie things up and paid their price when they allowed an insurance goal on a counterattack.

They had no answer against speedy Asisat Oshoala on her 75th-minute breakaway goal worthy of a highlight reel. Oshoala had another open look at the net four minutes later before losing control of the ball deep in the box.

Kim's own goal notwithstanding, South Korea clearly didn't help themselves with some careless turnovers in midfield and their inability to finish around the net.

South Korea are still mathematically alive in the competition, but the outlooks are grim. Their goal difference sits at minus-6, and only a convincing win over Norway and some help from teams in other groups will see South Korea advance to the next stage.