GRENOBLE, France, June 12 (Yonhap) -- After his team dropped their second straight match at the FIFA Women's World Cup in France Wednesday, South Korea head coach Yoon Duk-yeo couldn't stop thinking about what could have been.

Nigeria prevailed 2-0, thanks to an own goal by South Korean defender Kim Do-yeon and an insurance score by their own forward Asisat Oshoala in the second half. 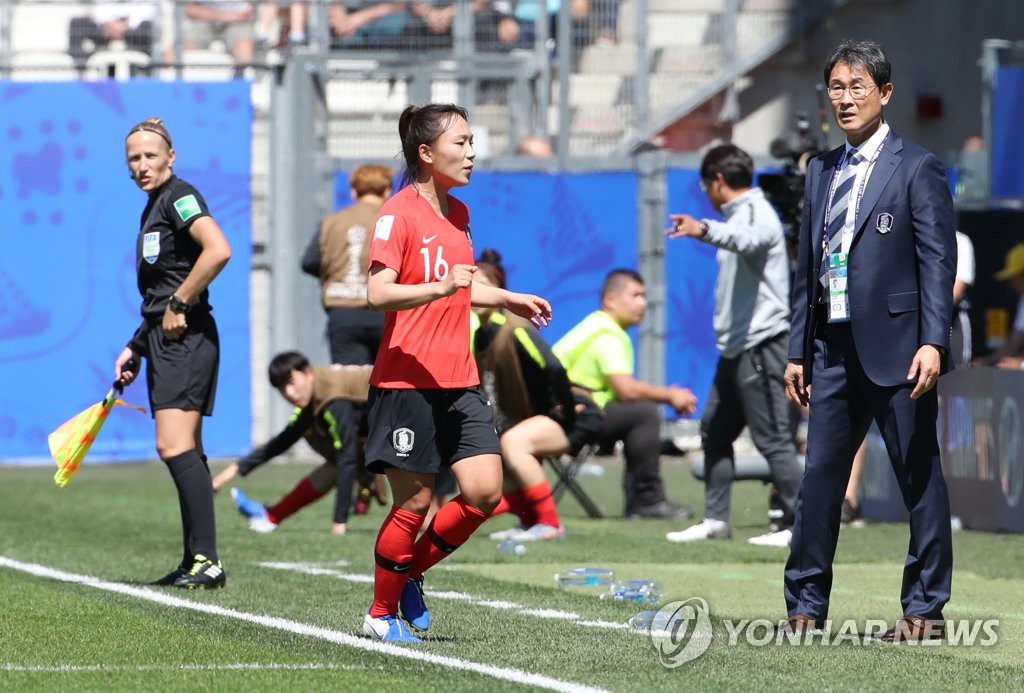 South Korea enjoyed a 58-42 edge in ball possession rate, and completed twice as many passes (425-189) with a superior accuracy rate (82 percent to 70 percent).

But Yoon said his players' lack of finishing touch around the net did them in.

"If we want to become a better team, we have to improve accuracy and power of our shots," Yoon said. "Scoring the first goal was really important for us in this match. We had some good opportunities but just couldn't convert them."

Yoon said his players were wary of Nigerian forwards' speed and their ability to get behind the defense in transition. But watching video and preparing for those quick attacks was one thing, and facing those players on the field was quite another, the coach admitted. Oshoala's goal came on a counterattack and she almost had her second goal on a breakaway as well.

South Korea are in last place in Group A after losing to Nigeria 2-0 Wednesday at Stade des Alpes in Grenoble. They haven't scored once while giving up six goals.

With the top two teams from six groups and the four best third-place teams qualifying for the round of 16, South Korea's only hope is to sneak into the knockouts as a No. 3 seed. 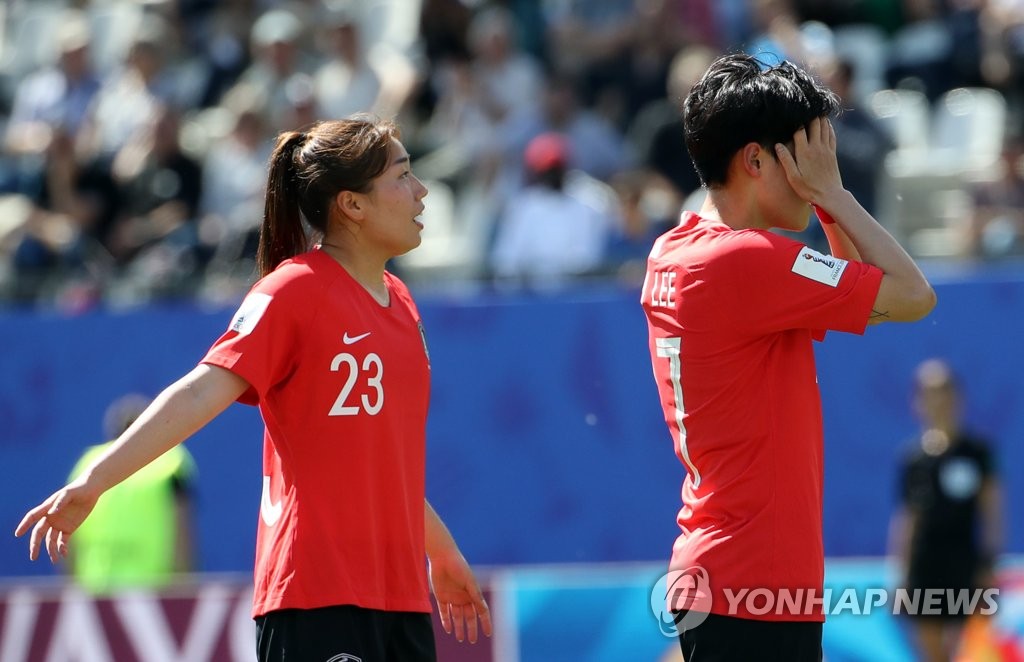 They'll have to make up for their minus-6 goal difference in their final match against Norway next week. That's a tough proposition against the 12th-ranked Europeans.

Yoon acknowledged that it'll be "difficult" for South Korea to move on to the next stage, and said he was devastated to see his players' hard work and preparation about to go to waste in just three matches.

"A lot of players shed tears today and it broke my heart," Yoon said. "But when we look back on this moment later on, hopefully this loss won't all be for naught. We'll have to regroup and prepare for the next match. We'll not give up until the final whistle."