WASHINGTON, June 12 (Yonhap) -- U.S. President Donald Trump on Wednesday refuted allegations that he committed to not spying on North Korea.

The question was raised after Trump said Tuesday that he would not have let the slain half-brother of North Korean leader Kim Jong-un work as a source for the U.S. Central Intelligence Agency, as alleged in recent reports.

"No, it's not what I meant," Trump said at a joint press conference with the Polish president, when asked whether he was committing to not spying on North Korea. "It's what I said, and I think it's different than maybe your interpretation."

The reports claim that Kim's half-brother, Kim Jong-nam, was a CIA source before he was assassinated at a Malaysian airport in February 2017. Anna Fifield, a reporter for The Washington Post, wrote in her newly published book that that in part caused the leader to order his brother's removal.

Trump said Tuesday that he "wouldn't let that happen under my auspices." He also said he had received a "beautiful" and "very warm" letter from Kim the previous day. 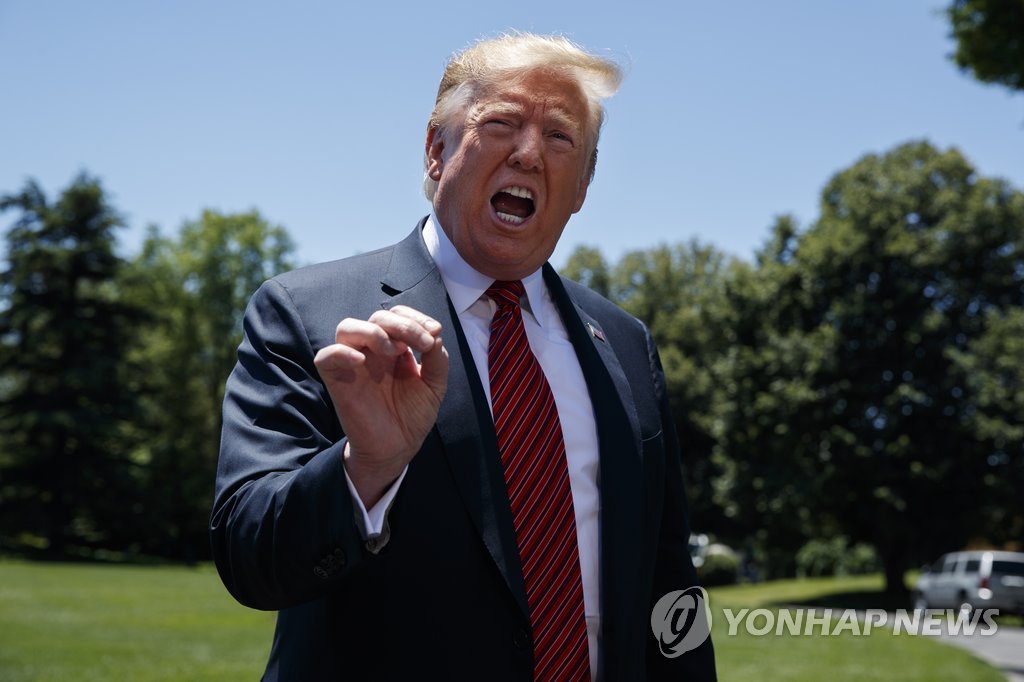 He was asked at Wednesday's press conference to share the details of the letter.

The letter came as denuclearization negotiations between Washington and Pyongyang have stalled since the Trump-Kim summit in February ended without a deal.

The leaders had previously exchanged letters, but it was the first known correspondence of its kind since the February summit in Vietnam.

"I think we're going to do very well with North Korea over a period of time," Trump said. "I'm in no rush. The sanctions are on ... there's been no nuclear testing whatsoever. They'd like to do something."

He again touted the "very good relationship" between the countries and claimed to be the only U.S. president to have done anything about what was a "very dangerous situation" with North Korea.

"I consider it to be different now," he said. "I may change. You will know it quickly. I will be very quick to tell you exactly what's going on ... but right now we have a good relationship."

Trump denies he is against spying on N. Korea

Trump denies he is against spying on N. Korea