WASHINGTON, June 12 (Yonhap) -- The U.S. State Department said Wednesday it is ready to continue working-level denuclearization talks with North Korea as the countries mark one year since their historic first summit in Singapore.

At a press briefing, department spokeswoman Morgan Ortagus said U.S. policy over the past year has centered on transforming bilateral relations.

"We're looking, of course, to build a lasting peace. We're looking for complete denuclearization," she said. "The president, as obvious by his statement yesterday, maintains a warm relationship with Chairman Kim. Here at the State Department we are ready and willing to continue engagement on working-level negotiations with the North Koreans."

U.S. President Donald Trump revealed Tuesday that he had received a new "beautiful" letter from North Korean leader Kim Jong-un, the first known correspondence of its kind since their second summit in February ended without an agreement.

At the working-level, however, talks effectively have been at a standstill.

"We would like to, of course, continue to discuss with our counterparts how to make progress toward the commitments that were made one year ago," Ortagus said.

Trump and Kim signed an agreement in Singapore to improve bilateral ties, build a peace regime on the Korean Peninsula, work toward the complete denuclearization on the peninsula and repatriate the remains of American troops killed in the 1950-53 Korean War.

Ortagus refused to say whether the two sides continue to be in contact.

"But we, of course ... look forward to building a bright economic future for the North Korean people," she said. "And again, we hope that the commitments that we made one year ago will come to fruition, and we're certainly ready on the working level to do that. And of course, while that happens, while we work towards that, economic sanctions do remain in effect." 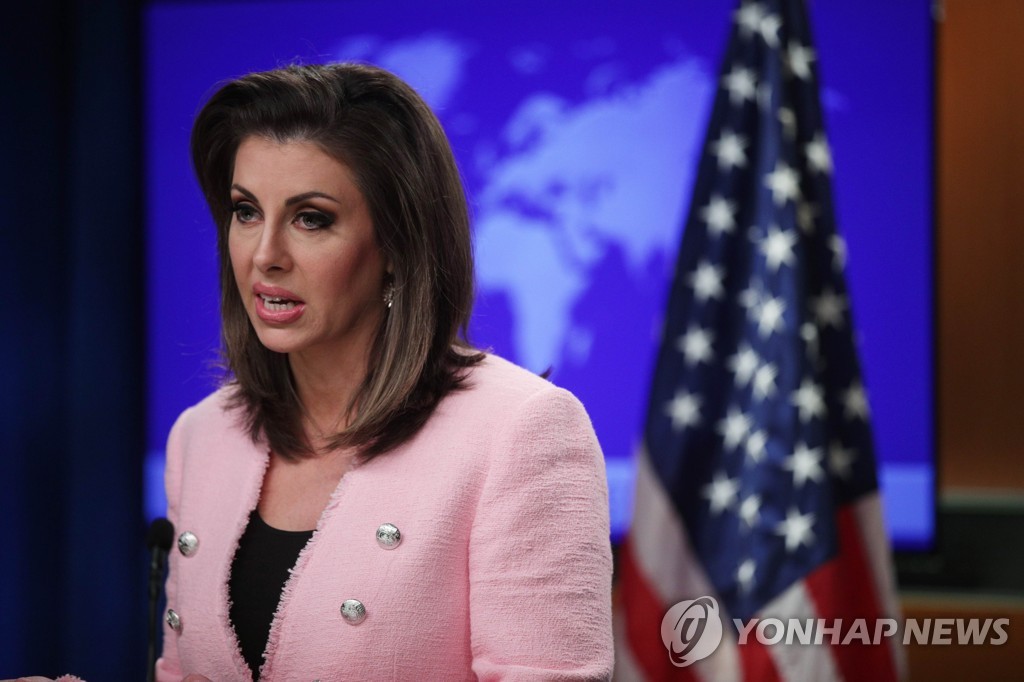