BUDAPEST/SEOUL, June 13 (Yonhap) -- A body found in a river south of Budapest was confirmed to be a South Korean missing from last month's deadly sinking of a tour boat that left 26 Koreans dead or missing, Seoul's foreign ministry said Thursday.

That brought the total number of Koreans killed in the May 29 sinking to 23, and the number of those missing to three. The latest victim in his 60s was discovered 110 kilometers downstream from the sinking site Wednesday (Budapest time).

The Korean quick response team dispatched to the scene plans to send its people in to search the wreck from 9 a.m. Thursday (4 p.m. Korean time). Wednesday's search was done by the Hungarian authorities. 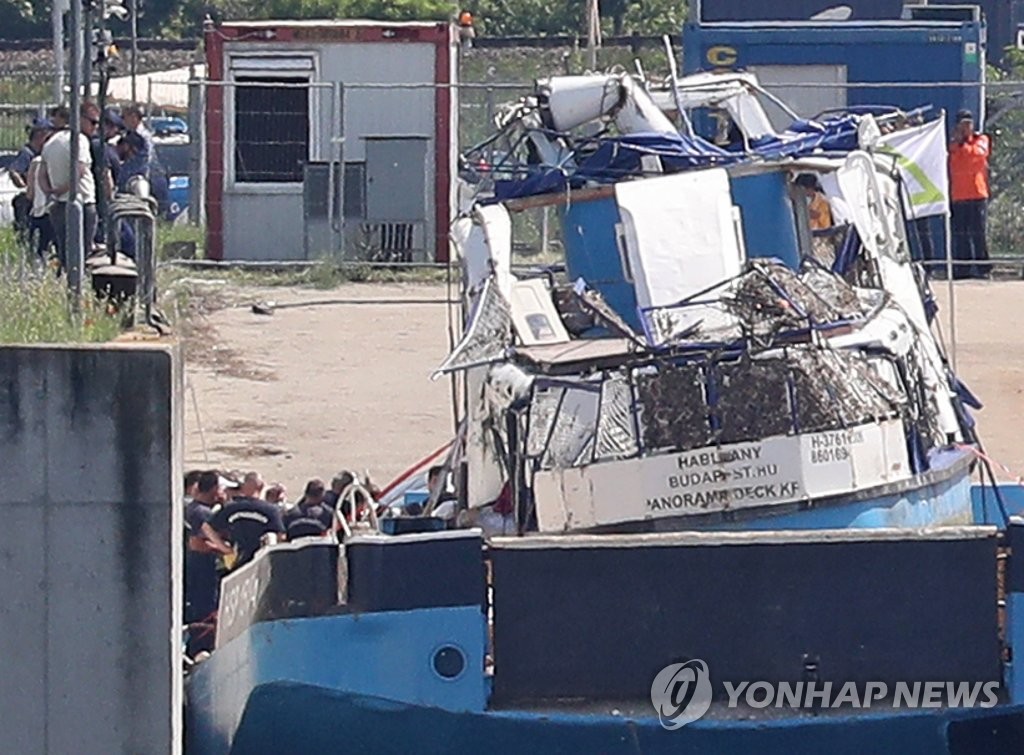 (LEAD) 3 remain missing in Hungary boat sinking after another body confirmed to be S. Korean

(LEAD) 3 remain missing in Hungary boat sinking after another body confirmed to be S. Korean