SEOUL, June 13 (Yonhap) -- Foreign investors offloaded a large amount of local shares amid an escalating trade dispute between the United States and China last month, becoming net sellers for the first time since the start of the year, central bank data showed Thursday.

In May, foreigners sold a net US$2.58 billion worth of local stocks, according to the data from the Bank of Korea (BOK). They had been net buyers since January, purchasing $2.24 billion in April alone.

Seoul's exports have dipped for six consecutive months as of May, with shipments to China falling for seven straight months. 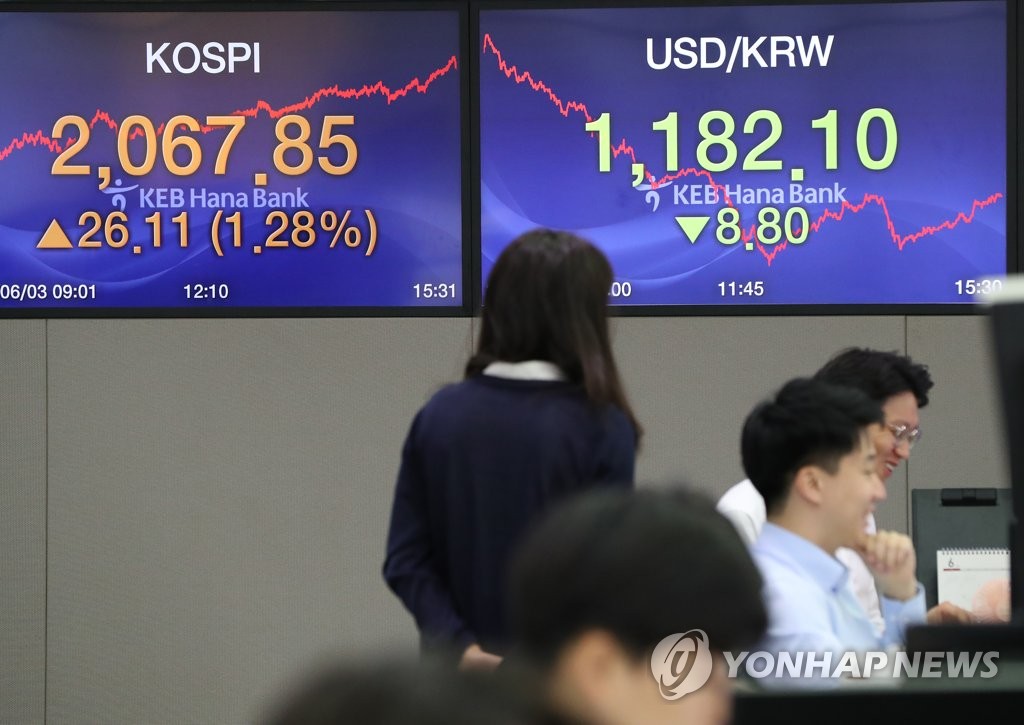 Still, the country saw a net increase in foreign funds as foreigners purchased $6.04 billion worth of local bonds, the highest since the start of the year.

"The inflow of funds invested in bonds sharply increased as foreign investors sought to take advantage of low prices caused by a large advance of the U.S. dollar against the Korean won," the BOK said.

The increased investment in local bonds also comes amid growing calls for a rate reduction, partly to boost the growth of the local economy, which surprisingly contracted 0.4 percent from three months earlier in the first quarter.

Bond prices move inversely to yields, meaning a rate reduction may lead to a price hike.

Amid the escalating trade dispute between the U.S. and China, the U.S. greenback appreciated against most major currencies.

In May, the volatility in the won-dollar exchange rate increased to 3.5 percent, up from 3.3 percent the previous month, according to the BOK.

The daily foreign exchange turnover between banks came to $26.6 billion last month, up $1.3 billion from the month before.

Foreigners become net sellers of S. Korean stocks in May

Foreigners become net sellers of S. Korean stocks in May