SEOUL, June 13 (Yonhap) -- All foreigners who stay in South Korea for six months or longer will be required to sign up for the country's health insurance program to prevent them from receiving medical treatment and leaving without paying insurance fees, the operator of the state medical insurance scheme said Thursday.

Under the new rules that take effect July 16, all foreigners, including Korean expatriates residing in the country, should pay over 110,000 won (US$93) per month, according to the National Health Insurance Service (NHIS).

At present, foreigners who work here are required to pay for health insurance, and non-working foreign residents here can optionally subscribe to the scheme.

The NHIS said foreign students and those marrying South Korean nationals are also required to join the state insurance scheme. The new mandatory insurance program is likely to affect some 400,000 foreigners, it added.

Foreigners here may face penalties unless they comply with the new requirement and pay on time, it stressed.

Foreign subscribers to South Korea's state health insurance program numbered about 1 million in 2018, or 1.9 percent of the total subscribers tallied at 51.07 million, according to the NHIS.

The figure represents a 68.4 percent surge from six years earlier.

The number of foreigners staying in South Korea came to 2.37 million last year, up 8.6 percent from the previous year. 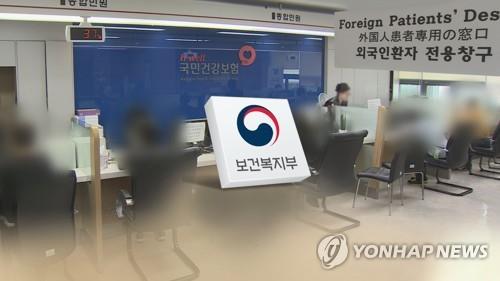