SEOUL, June 13 (Yonhap) -- Samsung Electronics Co. has been facing a double whammy of the weak memory chip and smartphone market, as well as uncertainties from a trade war between the United States and China, so it is the right moment for its senior management to discuss ways to deal with the rising business challenges.

Starting Thursday through next week, senior executives of the South Korean tech giant are set to gather for biannual global strategy meetings to review performances in the first half and craft plans for the latter half, according to company officials.

The key topic for the IT and mobile division's meeting that began earlier in the day is how to turn around its handset business in the flattening global smartphone market.

The world's largest smartphone maker has grappled with slowing growth in the premium smartphone market, while losing a market share in the low-end and mid-tier segment to cost-effective Chinese makers.

According to industry tracker Strategy Analytics, Samsung shipped 71.8 million units of smartphones, or 21.7 percent of the total, in the January-March period, with its market share falling 8 percent from a year earlier.

To boost demand, Samsung took a step forward in its smartphones this year, expanding its flagship Galaxy S10 series, including its 5G version, and focusing on budget devices, including the Galaxy M and A series.

Although the company tried to boost demand in the high-end market with its Galaxy Fold priced at US$1,950, its April launch schedule has been constantly pushed back without further notice over durability issues.

Early reviewers pointed out that the device's protective screen layer was easy to peel off and gaps made it easy for debris to damage the foldable display. Samsung said earlier this week it will announce the updated schedule "in the coming weeks," without elaborating. 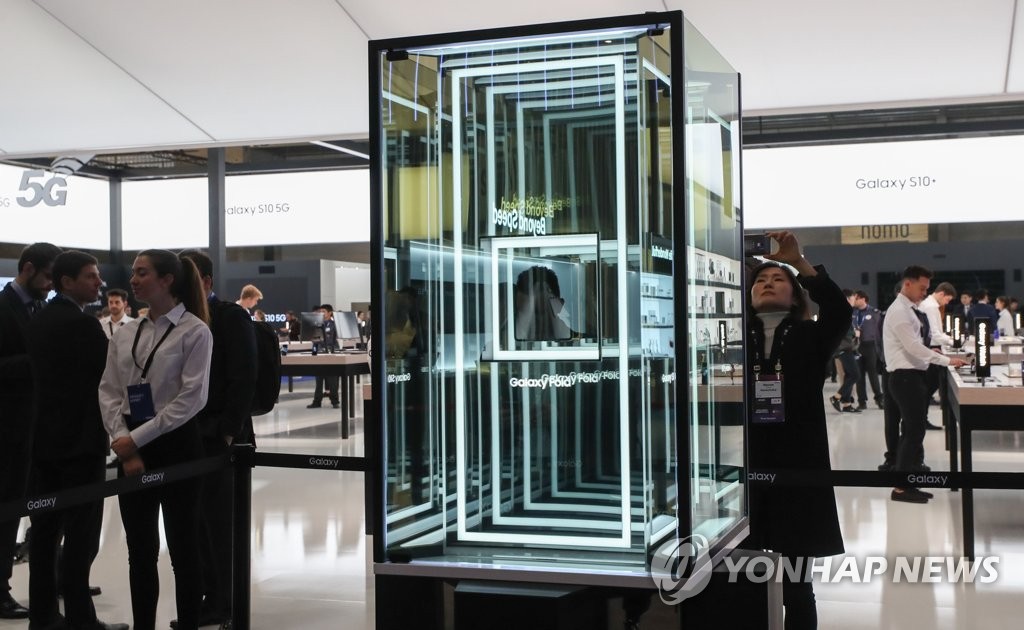 Industry watchers speculated that the Galaxy Fold may come to the market next month, ahead of the launch of Samsung's latest phablet, the Galaxy Note 10, widely expected in August, but the prospect remains unclear whether the foldable handset can win consumers in the early stage.

The task for the device solutions division will boil down to how to respond to the U.S. ban on Huawei Technologies and its ripple effect on its mainstay memory chip business.

While some market watchers held an optimistic view on Samsung's smartphone and network sales in the wake of Huawei's troubles, the Korean firm has been taking a cautious stance as its value chain is tightly interwoven with the Chinese company, also one of its major clients for memory chips.

Samsung earns over half of its money from the U.S. and China, leaving it more vulnerable to prolonged trade conflicts between the world's two largest economies.

According to a recent report by The New York Times, the Beijing government last week summoned major tech companies, including Samsung and other U.S. companies, to warn of the consequences if they follow the decision by President Donald Trump's administration to cut off Huawei from sales of its technology.

"We are closely monitoring the latest development related to Huawei but making a statement in this politically sensitive time is not appropriate as it could affect our global business," a Samsung official said, asking not to be named. 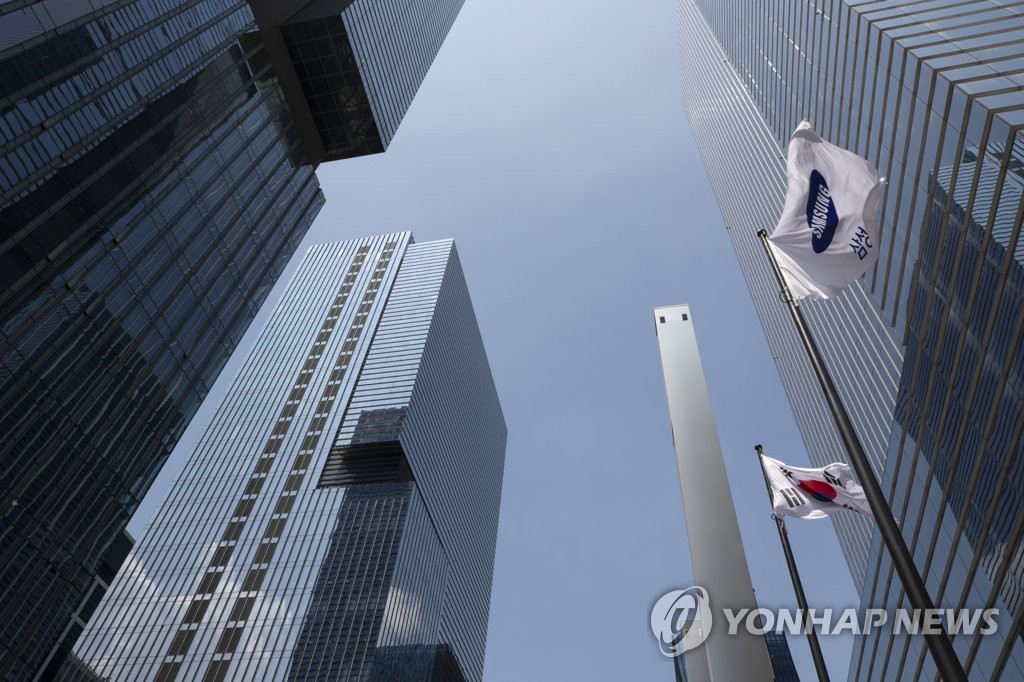 "We shouldn't be swayed by short-term opportunities and performances," Lee was quoted as saying during the meeting on June 1. "Samsung should focus on securing fundamental technologies for long-term businesses in a rapidly changing environment."

Lee reaffirmed that the company will maintain its earlier plan to invest 133 trillion won (US$112 billion) in the non-memory chip sector to become the world's top industry player by 2030.

Besides the challenge of doing business internationally, Samsung's leadership is under growing pressure at home from the expanding prosecution investigation into Samsung BioLogics Co., a bio-health unit accused of accounting fraud.

On Wednesday, prosecutors pressed charges against two vice presidents of Samsung Electronics under arrest on allegations of masterminding the destruction of evidence related to Samsung BioLogics, putting a burden on the 51-year-old Lee, who is also awaiting the Supreme Court's ruling on his bribery case.

Civic groups claimed the alleged accounting fiasco at BioLogics was ultimately intended to enhance the Samsung heir's control of the sprawling group by inflating Cheil Industries Inc.'s stake in Samsung BioLogics, ahead of its merger with Samsung C&T Corp. in 2015.