GENEVA/SEOUL, June 13 (Joint Press Corps-Yonhap) -- Labor Minister Lee Jae-kap has said that extending the retirement age is a long-term task as the immediate adoption of a new one could hamper youth employment.

Debate has heated up over whether South Korea should consider extending the retirement age to 65 from the current 60 after the finance minister raised the need to start social discussions on the issue, citing changes in demographic structure.

With its stubbornly low birthrate, South Korea is a rapidly aging society. The ratio of people aged 65 and older hit 14 percent of the country's 50 million population in 2018.

The government, which is currently reviewing the issue, is set to unveil its roadmap on the retirement age extension late this month.

The labor minister said it would be difficult for the country to immediately introduce a new retirement age.

"On the issue of whether to extend the retirement age right now, there is a need to review the issue as a mid- to long-term task," Lee said in a recent interview with pool reporters in Geneva on the sidelines of a plenary meeting of the International Labor Organization (ILO).

"As the population of the younger generation is growing, (if the country extends the retirement age now), there would be difficult problems in youth employment," he added.

But the minister also pointed out that there is a need for older people to stay in the labor market longer as the working-age population, or people aged 15 to 64, will fall amid rapid aging.

"Over the long haul, the country needs to go in the direction (of extending the retirement age)."

Lee is in Switzerland to attend the ILO's annual International Labour Conference, which runs from June 10-21. This year marks the 100th anniversary of the establishment of the U.N. labor agency.

South Korea has unveiled a plan to submit a motion to seek parliamentary ratification of three of the four key ILO conventions, along with efforts to revise the relevant laws. The South has so far approved four out of the eight ILO core standards.

The European Union (EU) has warned it will launch an expert panel to review South Korea's compliance with the free trade agreement (FTA) with the EU if Seoul fails to ratify ILO conventions as agreed in the trade pact.

Ahead of his visit to Geneva, Lee met EU Trade Commissioner Cecilia Malmstrom in Belgium to explain Seoul's plan to seek parliamentary ratification of the core labor standards.

"Trade retaliatory measures (linked to labor issues) are not stipulated (in the trade deal), but we have to brace for the possibility that (the EU could) exert pressure on us."

The government plans to take necessary steps to enable the ratification motion to be submitted to the National Assembly during the regular session, which kicks off in September. 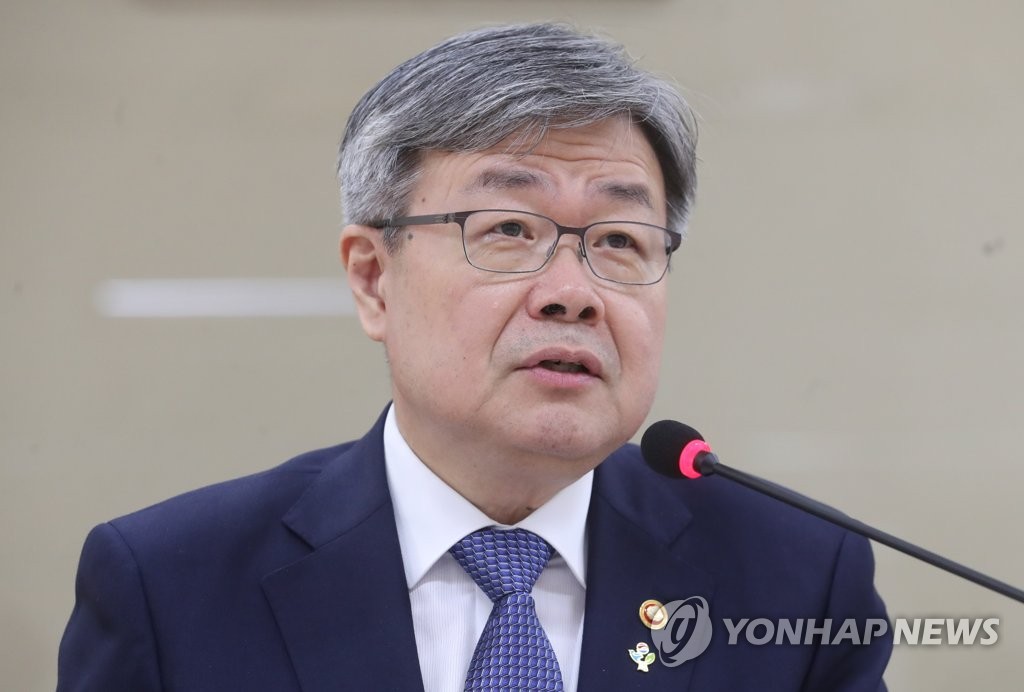