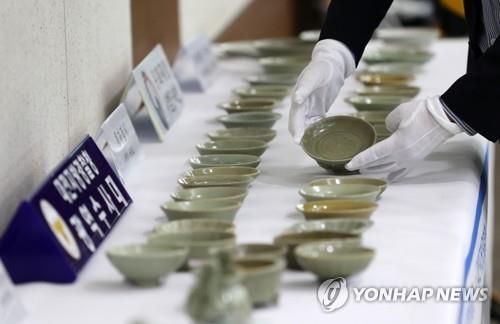 Cultural property experts speculate that the ceramics seized from the suspect were mostly from the Shinan underwater relics burial site.