Rep. Yi Wan-young of the LKP was sentenced to an imprisonment of four months, suspended for two years, and a fine of 5 million won (US$4,220) for borrowing 248 million won, interest-free, from a politician in 2012 in violation of the Political Fund Law.

The ruling stripped the 62-year-old Yi of his parliamentary seat and disqualified him from running for an election for five years. 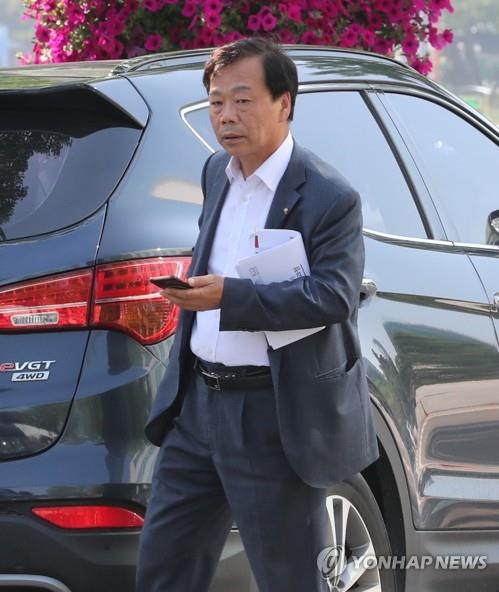 A lawmaker loses his or her post if sentenced to a punishment heavier than a fine of 1 million won for violating the Political Fund Law.

Yi, who was twice elected to parliament from the constituency of Seongju and neighboring counties in North Gyeongsang Province, was indicted on charges of illegally borrowing 248 million won free of interest from a Seongju councilor without the knowledge of his accountants in 2012.

Yi was also charged with making a false accusation against the councilor who had filed a fraud suit against him for not repaying the debt.

Lower courts had earlier ruled that the interest-free money Yi borrowed from a local councilor under his political influence should be seen as a bribe and the top court confirmed their ruling.