INCHEON, June 13 (Yonhap) -- An Incheon court on Thursday issued suspended prison terms to the widow and elder daughter of the late Korean Air Chairman Cho Yang-ho for smuggling luxury goods by making use of the airline's planes.

The Incheon District Court sentenced the late chairman's wife, Lee Myung-hee, 70, to six months in prison, suspended for one year, with a fine of 7 million won (US$5,919) and a forfeit of 37 million won.

Lee's daughter, Cho Hyun-ah, 45, former Korean Air vice president, got a suspended sentence of eight months, with a fine of 4.8 million won and a forfeit of 63 million won. 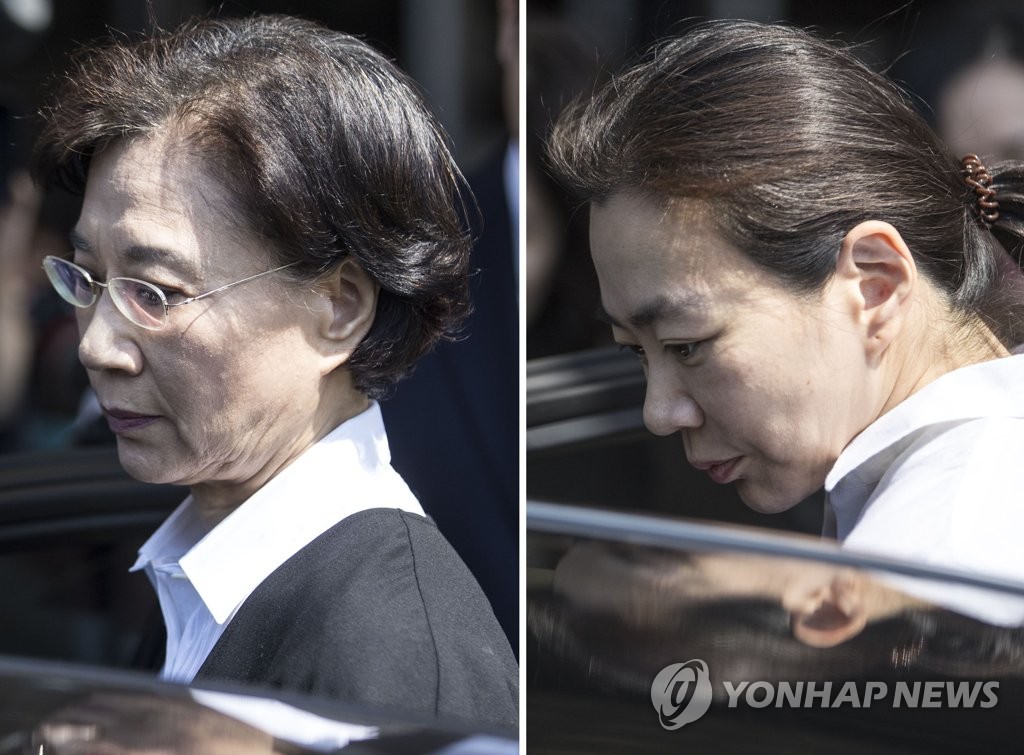 Earlier, Cho and Korean Air employees were accused of having smuggled goods worth about 88 million won, including luxury clothes and bags, on 202 occasions between January 2012 and May last year by exploiting Korean Air planes, disguising them as goods being brought in for the airline.

Lee was charged with having smuggled some 37 million won worth of goods, including earthenware, on 46 occasions via the airline's overseas bureaus between May 2013 and March last year.

She was also indicted for having falsely reported to the customs office that the airline imported furniture worth 35 million won, including sofas, which she privately purchased between January-July 2014.

"The number of offenses committed and amount of smuggled goods are not small. (But) most of the smuggled goods were daily ones for self consumption, not intended to disturb the distribution order. (I) also took the repentance of the accused into account (in handing down the suspended terms)," judge Oh Chang-hoon said at the trial.

Smuggling is an offense that carries a maximum sentence of five years in prison and fines of up to 10 times the duties evaded.
(END)