ULSAN, June 13 (Yonhap) -- The government is working to help local petrochemical companies that are facing difficulties in the wake of U.S sanctions on Iran and the growing trade dispute between Washington and Beijing, the finance minister said Thursday.

South Korean exporters are facing difficulties as they have stopped their exports to Iran due to the U.S. sanctions on the Mideast country.

"The petrochemical sector is very important for the economy, and we are working to address their difficulties," Hong Nam-ki, the minister of economy and finance, said during a meeting with officials from SK Innovation Co. and other smaller rivals. 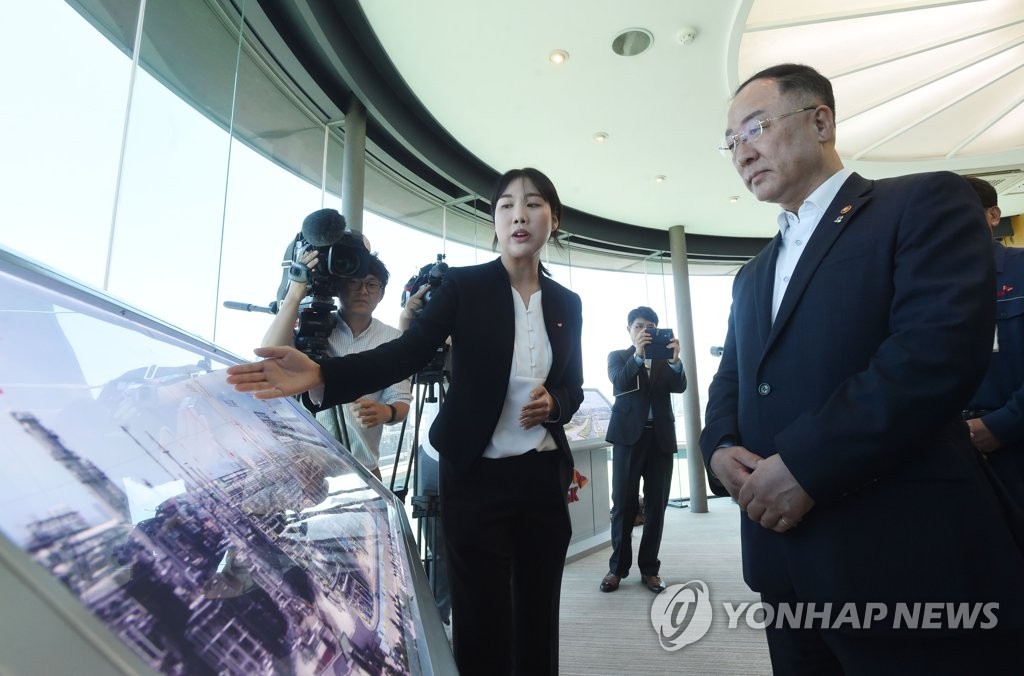