SEOUL, June 13 (Yonhap) -- With tvN's big-budget fantasy drama "Arthdal Chronicles" grappling with allegations of mistreating crew during filming, the harsh production environments of the South Korean television industry have come into the limelight.

Even before its premiere on June 1, the 40 billion-won (US$33.7 million) drama was under fire for allegedly violating labor laws from local civic groups, including the Seoul-based Hanbit Media Labor Rights Center.

In April, they filed a lawsuit against Studio Dragon, the show's production studio, claiming that the drama crew had worked 151 hours in seven days without a day off while the drama was in production.

They argued that one staff member was even injured during a shooting session in Brunei but that the company covered it up.

According to labor laws revised last year, all employees in the broadcasting industry are subject to the 68-hour working standard per week. The mandatory working hours will be reduced in time for the implementation of a mandatory 52-hour workweek in the industry this summer.

Studio Dragon and the broadcaster tvN refuted the allegations, saying that they did not violate labor rules and let the crew have enough break time.

Director Kim Won-seok left the press conference held days before the premiere without taking any questions from the media, fueling public disapproval. 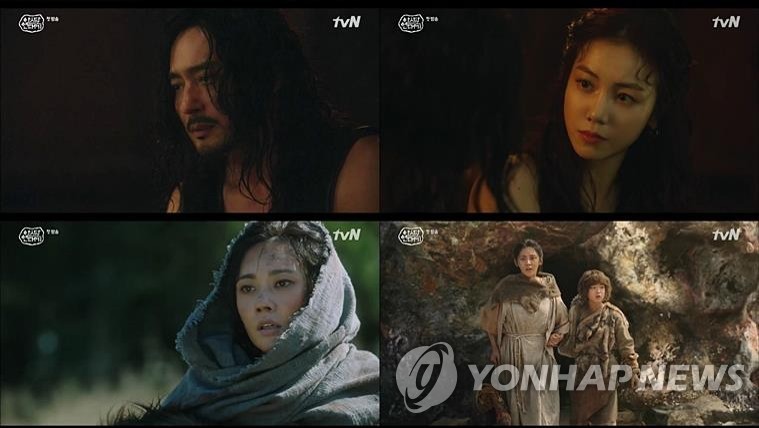 But the issue has not subdued even after the drama hit the small screen, while the year's most-awaited blockbuster struggled with lower-than-expected viewership ratings and plagiarism controversies.

The film industry agreed on a guideline around 2014 to prevent overtime work and unpaid wages on shooting sites. The agreement led to a rise in production costs but contributed to improving working conditions in the industry at the same time.

According to a recent report by the Korean Film Council (KFC), nearly 75 percent of 825 surveyed staff members signed a standard labor contract in 2018 before joining filming projects, up sharply from 35.3 percent in 2014.

For the TV industry, however, such an ordinary standard for working conditions is a pie in the sky due to the sector's chronically tight shooting schedules.

For example, most Korean dramas are notorious for what has been called a "live show" platform in which each episode is scripted, shot and edited even on the same day as its airing.

This is one of the main reasons South Korean TV series are able to flexibly respond to viewer feedback and successfully appeal not only to local fans but also to other Asian viewers.

But behind this prosperity and popularity is the seven-day workweek and sleepless nights of screenwriters, photographers, lighting staff, audio crew and others.

Last year, a staff member of the camera team for the SBS TV drama "Still 17" was found dead after working excessively for five straight days.

"Staff members of TV drama production teams have to go to work at dawn and come back home at dawn," Hanbit Media Labor Rights Center said in a statement. "They are required to accept frequent nighttime shooting schedules and long working hour conditions."

But in the small screen scene, there have been efforts to find ways to create better work environments for staff.

The government, broadcasters, production firms and labor met in April for the first time and discussed ways to adopt a standard labor contract in the TV industry as the film circle did years ago.

"There has been no TV program or show that complies with labor guidelines. There is a long way to go to keep up with the film industry," said Kim Ki-young from the Hope Solidarity Labor Union, a Seoul-based activist group. "But if the four-party talks reach an agreement, this will be a milestone for the Korean broadcasting scene." 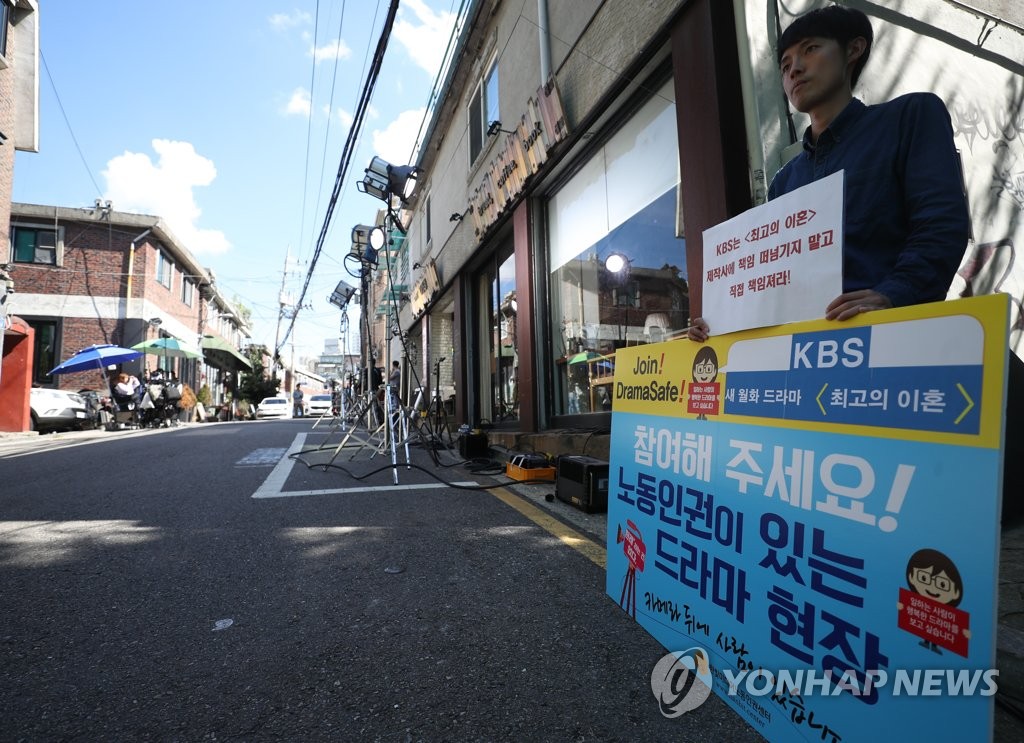