SEOUL, June 13 (Yonhap) -- The Constitutional Court held an open hearing Thursday to decide whether the government's hikes in the minimum wage infringe on private companies' freedom of business activity stipulated in the Constitution.

Legal representatives and experts for smaller firms and the labor ministry held a heated debate over whether the minimum wage hikes for 2018 and 2019 hampered private companies' property rights and hurt freedom of economic activity.

Increasing the minimum wage was one of the key election pledges of liberal President Moon Jae-in.

The move is aimed at boosting consumption and economic growth by increasing household income. But it has sparked backlash from smaller firms and mom-and-pop stores, which have dismissed part-time workers due to rising labor costs. 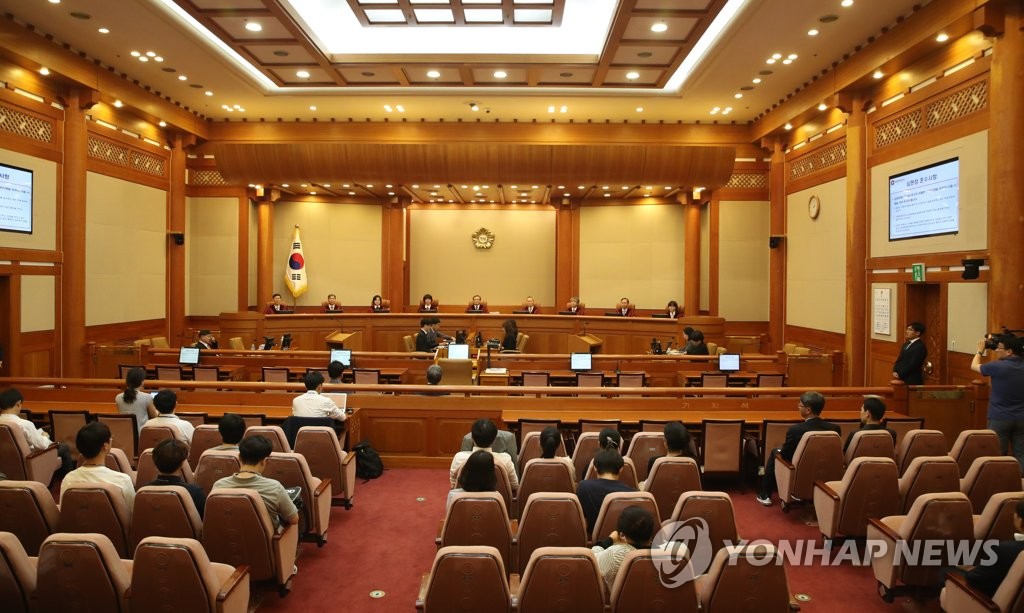 In a complaint against the labor ministry, an association of small merchants claimed that steep hikes in the minimum wage violate the Constitution, which bans state control of private companies.

"The government may be able to intervene if the minimum wage stays at a level that could threaten livelihoods. But the previous minimum wage of 1.57 million won per month was not that case," a representative for the group said.

A representative for the ministry said the wage decision does not excessively limit the people's basic rights as the government also seeks to boost payrolls of low-income families and improve income distribution.

President Moon pledged to raise the minimum wage to 10,000 won per hour by 2020 but has signaled some flexibility.

Based on Thursday's discussion, the court's nine-member panel will convene a meeting to review the case and hand down a final verdict soon.