(ATTN: UPDATES with remarks on sanctions in paras 10-13)
By Lee Chi-dong 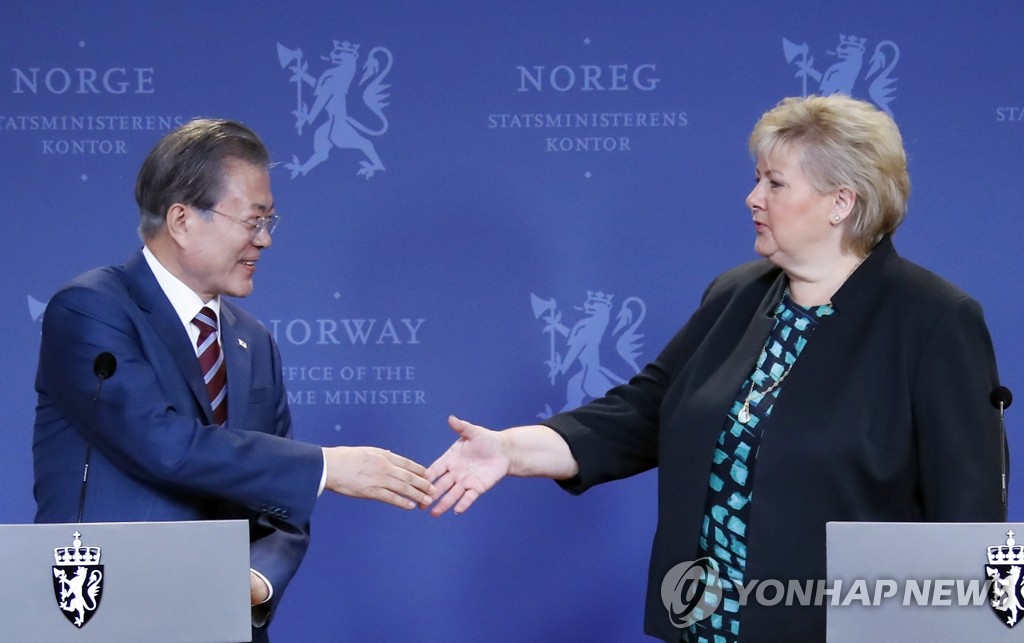 Regarding the tumultuous Korean peace process, the president emphasized that "substantive progress" in denuclearization is the key despite some eased military tensions between the two Koreas.

"The Demilitarized Zone dividing the Korean Peninsula is being transformed into a peace zone. At the same time, humanitarian exchanges and support will continue," he said.

In order for inter-Korean ties to develop in earnest, however, various economic cooperation projects are necessary, including the reopening of the Kaesong Industrial Complex, the president said.

For that, international sanctions on North Korea should be lifted, the precondition for which is substantial progress in denuclearization, he added.