The 19-year-old came to instant fame in 2016 after finishing first on Season 1 of "Produce 101," debuting with the 11-member project girl band I.O.I formed by the Mnet audition reality program.

The song was produced by Teddy, a resident producer at YG Entertainment who also created songs for famous YG girl bands like BLACKPINK and 2NE1.

After competing in "Produce 101" as an artist associated with another big talent agency, JYP Entertainment, Somi moved to Black Label, a firm under YG, a rare occurrence in the K-pop scene.

"I think the music I pursue was different from that of JYP. I think that was all about it," she said of her widely reported relocation during a press conference on Thursday in Seoul.

She has, in fact, been "anxious" during her nearly three-year absence from the music scene, during which her former I.O.I bandmates including Chungha launched and built solid solo careers.

"I have been waiting for this solo debut for a long time ... I have been anxious to return to the public eye," she said, adding that the selection of "BIRTHDAY" as her first solo single was meant to celebrate her birth as a solo artist. 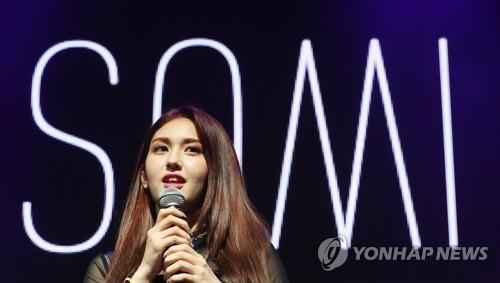 "The lyrics have been written with much care, and if you listen to it, you might be able to find that the lines well reflect the environment I am in now," Somi said, labeling the song as "uplifting music that makes you dance instantly."

Along with it, she also released one more single, "Outta My Head," a medium-tempo R&B number that focuses on her vocal performance. It is her first self-produced song.

The choreography of "BIRTHDAY" is still in the final stages of construction as of Thursday, according to Somi, a glitch rarely seen in the well-organized K-pop scene, which raised the eyebrows of some journalists at the press conference.

Somi's music release comes as Black Label's parent music house YG reels from another drug scandal involving its artists. B.I, the music-producing leader of iKON, a boy band under YG, left the band and had his contract with YG terminated on Wednesday over allegations that he bought LSD pills in 2016.

Former members of I.O.I are also reported to be discussing reviving the project band following its official disbandment in 2017.

But she is unsure about whether she might join it, Somi said, remotely hinting that she might not be part of the envisioned return of the team. 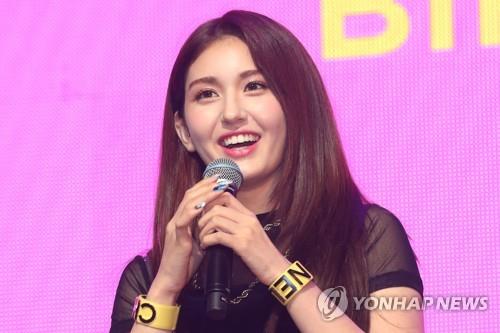