Cheong Wa Dae said Moon visited Norway's second-largest city, an advanced base for its maritime industry, in accordance with the nation's diplomatic protocol. 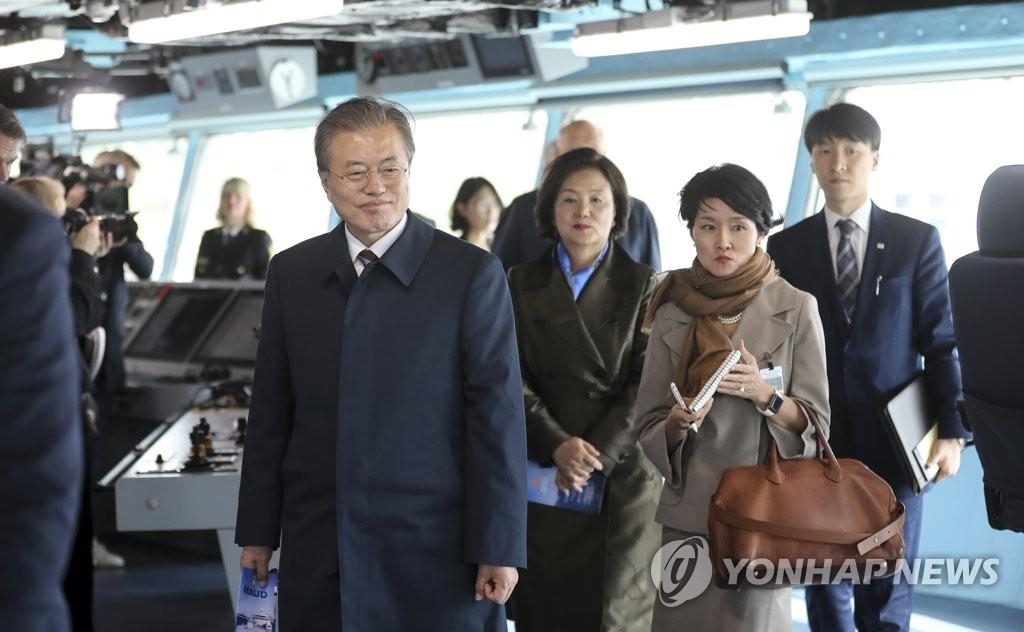 He looked around the ship at Haakonsvern Naval Base, guided by Rear Adm. Nils Andreas Stensoenes, the chief of Norway's Navy.

Ahead of the trip to the naval base, Moon had a luncheon meeting with Bergen Mayor Marte Persen.

The mayor explained that it's the Navy's largest ship with a mission to provide other vessels with fuel and other needed goods, thus playing an optimal role in protecting the border and safety of Norway and the European Union.

Moon and first lady Kim Jung-sook also toured Troldhaugen, the home of composer Edvard Grieg which now serves a museum for him.

The president's visit to Bergen was the last official activity in his three-day state visit to the Scandinavian nation.