In the Parliament House address with the theme of "The denuclearization of the Korean Peninsula and trust for peace," Moon plans to emphasize the need for North Korea to abandon its nuclear program.

He's expected to present Sweden as a good example. Sweden moved to develop a nuclear weapon after World War II but its nuclear program was shut down with its signing of the nuclear Non-Proliferation Treaty in 1968.

While the president unveiled his people-oriented peace vision in the Oslo Forum speech earlier this week, he will likely use the Stockholm address to urge Pyongyang to take substantive denuclearization steps. 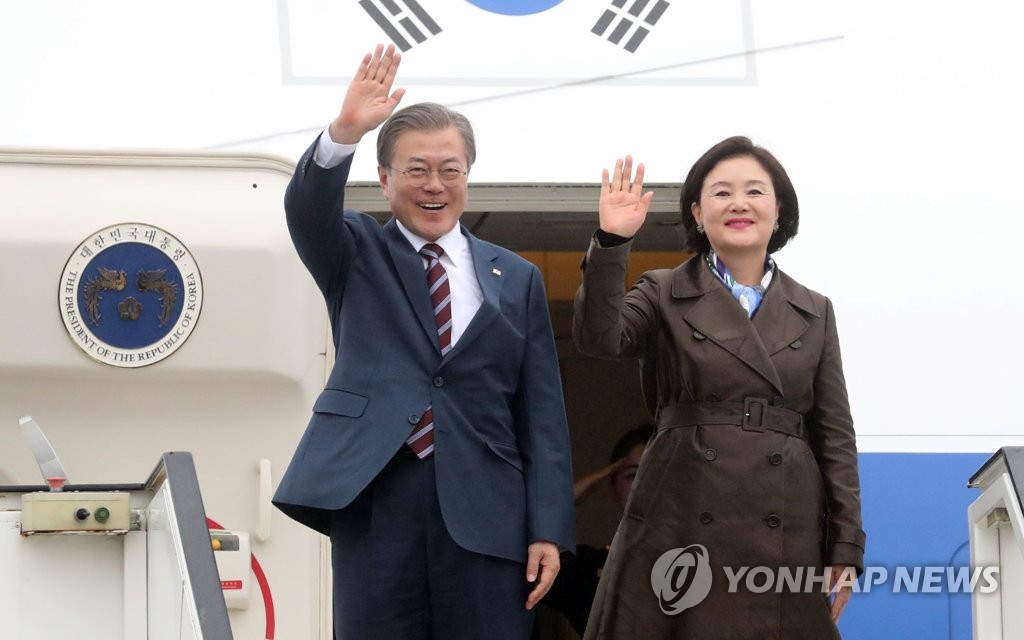 Nuclear talks between North Korea and the United States have stalled since the Hanoi summit between their leaders finished abruptly with no accord in late February.

Moon, however, said the momentum for dialogue remains alive, citing the continued exchange of personal letters by leaders and informal contacts.

He expressed hope for another summit with North Korean leader Kim Jong-un in the coming weeks.

Later Friday, Moon is scheduled to visit the headquarters of Ericsson, a telecommunications company, to attend a 5G-related event.

He arrived in the Swedish capital on Thursday night for a three-day state visit.

Sweden is the last leg of his weeklong tour of Northern Europe that also took him to Finland and Norway.