SEOUL, June 14 (Yonhap) -- Vice Foreign Minister Cho Sei-young has held a dinner meeting with Japanese Ambassador to South Korea Yasumasa Nagamine, sources said Friday, amid speculation about whether the two countries will hold a summit on the sidelines of a Group of 20 meeting later this month.

Wednesday's meeting came less than two weeks after Cho met with the Japanese envoy on May 31 after Cho took office as vice minister. Cho, a veteran diplomat, is considered an expert on relations with Japan, and his appointment was widely considered reflecting Seoul's intention to mend frayed ties with Tokyo.

Relations between the two countries have been strained seriously over an array of issues, including South Korean court rulings on victims of Japan's wartime forced labor and other matters stemming from Japan's 1910-45 colonial rule of Korea.

Details of Wednesday's dinner meeting were not available.

But pending issues were believed to have come up, including whether and how President Moon Jae-in and Japanese Prime Minister Shinzo Abe should hold a one-on-one meeting when Moon travels to Osaka for a G-20 summit later this month.

On Wednesday, a local newspaper reported that Japan is considering a "pull-aside" meeting between Moon and Abe, instead of formal full-dress talks, considering the ongoing row over Japan's wartime forced labor.

Japan argues that all colonial-era reparation issues were settled under the 1965 deal that normalized bilateral ties. 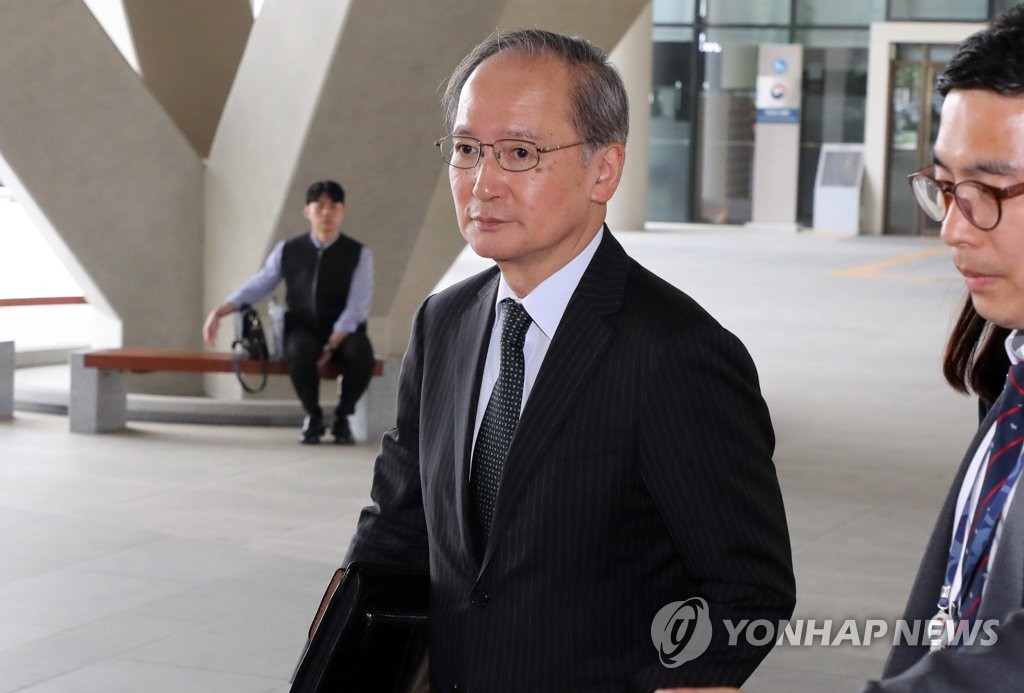