SEOUL, June 14 (Yonhap) -- Kia Motors Corp., South Korea's second-biggest carmaker by sales, said Friday it will shut down one of its three plants in China this month due to a slump in sales in the world's top auto market.

The assembly line in Yancheng, Jiangsu Province, will be used by Kia's local business partner Dongfeng Yueda in a long-term lease contract, a company spokesman said.

The carmaker plans to produce vehicles such as the Sportage sport utility vehicle and the localized KX7 SUV at the plant until the end of this month, and then a unit of Dongfeng Yueda will start producing electric vehicles there in the first half of 2021, he said.

The three plants' combined capacity is 890,000 units, according to Kia.

Hyundai Motor Co., which owns a 34 percent stake in Kia, is also considering halting production of the No. 1 Beijing plant with a capacity of 300,000 units as its utilization rate recently fell below 50 percent.

Hyundai has three plants in Beijing, one in Changzhou and another in Chongqing. Their combined capacity reaches 1.65 million vehicles.

In China, the carmakers have been suffering declining sales due to increased competition and lack of new models. In particular, Korean carmakers embraced the fallout from political tensions between Seoul and Beijing, stemming from the deployment of an advanced U.S. missile defense system in South Korea in 2017.

Hyundai and Kia's combined sales in China plunged 36 percent to 1,145,012 autos in 2017 from a year ago. The carmakers' slump continued last year with growth in their sales nearly stalled at 1,160,179 in the neighboring country. 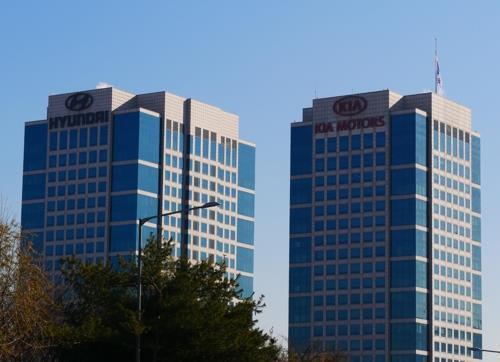 (LEAD) Kia to shut down plant in China on low demand

(LEAD) Kia to shut down plant in China on low demand