South Korean Ambassador to Hungary Choe Kyoo-sik and defense attache at the embassy Song Shun-keun met with Janos Balogh, head of the Hungarian police, on Thursday (Budapest time) and agreed to cooperate in searching for the missing people, the ministry said in a release.

Three Koreans remain unaccounted for, after the sightseeing boat Hableany carrying 33 Korean tourists and two Hungarian crew members capsized and sank after a collision with a larger cruise ship on May 29.

Seven were rescued right after the accident, and the bodies of 25 people have been discovered along the Danube River since rescue operations began early last week.

Hungary will continue with the expanded search in other villages along the river, and its water police from other counties will join the operations. They have at least 60 rescue officials ready for the aerial and water searches, according to the ministry.

Korean rescue workers are expected to do more underwater searches using a drone and boats provided by the Hungarian government.

The ship was raised from underwater Tuesday and moved to a port on an island in south Budapest for further analysis.

Hungarian authorities have given the South Korean team dispatched to the site limited access to the wreckage, citing legal grounds and concern over preserving evidence.

South Korea has asked Hungary and other neighboring countries for full assistance in search operations and also called for a thorough investigation into the cause of the accident.

Meanwhile, Hungarian police said that they carried out the scene investigation of the boat after it was lifted from the riverbed.

Staff from the Budapest Police Headquarters, the Prosecutor's Office and other agencies carried out the investigation involving technical, judicial and nautical shipping experts.

During the investigation, 34 gigabytes of video footage and 9 gigabytes of pictures were recorded, the police said on its website.

"No other bodies were found during the scene investigation; the search continues on the whole southern section of the Danube with doubled staff, all available vessels and with the assistance of land units on the banks," the police said. 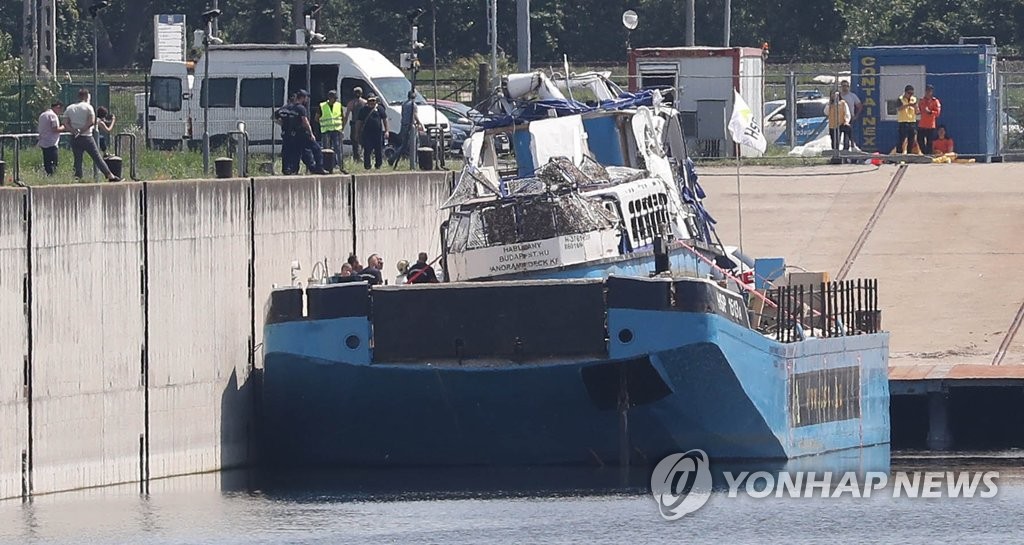