During the meeting, Wang expressed hope for South Korea's participation in the Norwegian project to buy new battle tanks, according to DAPA.

Wang was in Norway accompanying President Moon Jae-in on a three-nation trip that aims to deepen partnerships on Seoul's peace initiatives and economic growth. After wrapping up his visits to Finland and Norway, Moon and his delegation arrived in Sweden earlier in the day. 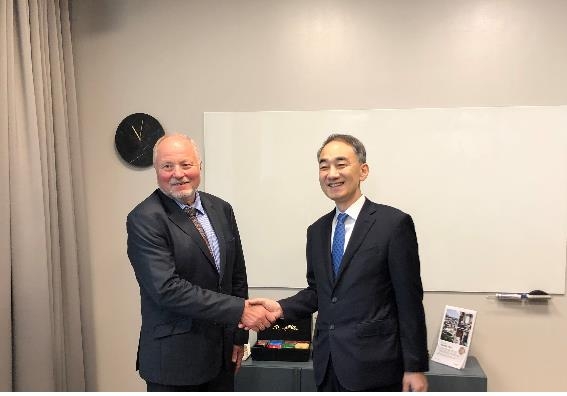