Suh crossed the western land border into the North earlier in the day and returned home in the afternoon after meeting the South Korean staff and figuring out the overall operation of the office.

A weekly meeting of co-heads, however, will not be held Friday as North Korea earlier informed Seoul that his North Korean counterpart, Jon Jong-su, will not travel to Kaesong. He met Kim Yong-chol, an acting deputy chief from the North Korean side.

"I told him that there were joint declarations adopted at three inter-Korean summits (last year) and in order to implement them faithfully, I expressed hope that the meeting of the co-heads will be held frequently," he told reporters after returning to the South.

"I also said that there are many pending issues that need to be resolved through such meetings," he added.

North Korea has not responded yet to Seoul's offers for cooperative projects, including a proposal to work together to stem the spread of African swine fever after Pyongyang reported an outbreak of the highly contagious animal disease in a pig farm in its northern region last month. 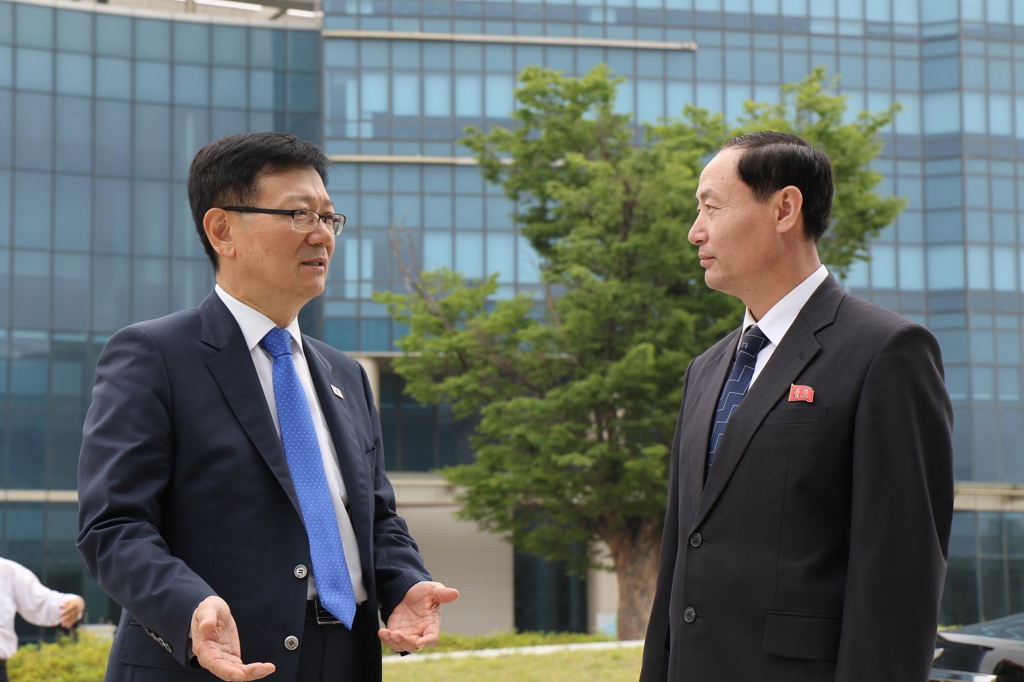