SEOUL, June 14 (Yonhap) -- South Korean savings banks' total lending has surpassed 60 trillion won (US$50.7 billion) for the first time since 2011, when some savings banks were ordered to close as they grappled with deteriorating asset quality, data showed Friday.

The outstanding loans extended by savings banks amounted to 60.1 trillion won at the end of April, according to the data compiled by the Bank of Korea (BOK).

It was the first time that their lending had exceeded 60 trillion won since May 2011, when it stood at 61.7 trillion won.

Customers lost confidence in the savings banks sector from early 2011 onward after defaults by builders and property developers resulted in a pileup of distressed loans at savings banks.

Savings banks saw their outstanding loans plunge to 27.5 trillion won in June 2014, according to the data.

Since then, the banks have regained some of the customer confidence they lost after a series of business suspensions in 2011 by ramping up efforts to boost their financial health. 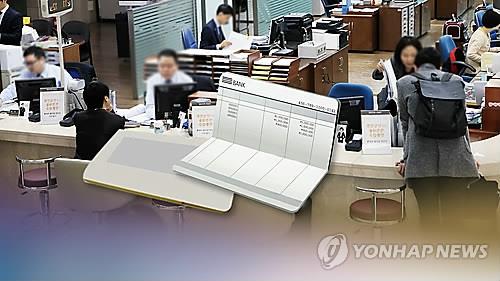 The average capital adequacy ratio of 79 savings banks reached 14.54 percent at the end of March, up 0.21 percentage point from three months earlier, according to data from the Financial Supervisory Service (FSS).

Only two of the 79 savings banks had a capital adequacy ratio of 10 percent or lower at the end of March, the FSS data showed.

Financial authorities have called for savings banks to set aside more provisions for bad loans and focus on their risk management processes, citing sluggish economic growth.

Starting this month, savings banks are required to adopt tougher guidelines for mortgage loans, in the government's latest push to slow the growth of household debt.

The stricter lending calculation for home mortgages, named the Debt Service Ratio (DSR) by the financial authorities, uses a new system that measures all debt principal and interest payments as a proportion of annual income.
(END)